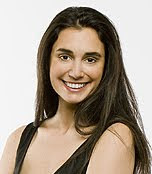 Stephanie J. Honig - National Sales - Honig Vineyard and Winery
Stephanie Honig was born in Havertown, Pennsylvania. When she was six years old, she moved with her family to Buenos Aires, Argentina. After graduating from high-school, Stephanie moved to Florida in 1994, where she attended Florida International University, graduating in 1997 with a Bachelor’s degree in Hospitality Management and a raging passion for wine.  Stephanie moved to Philadelphia and worked as a Sales Manager for Marriott Corporation, and in 2000, moved to New York to pursue a career in the wine industry. She worked as a Sales Manager for Cliquot, Inc., and then at Rudd Winery as the Eastern Regional Sales Manger.    She lives on the Honig property in Rutherford with her husband Michael, their daughters Sophia and Lola, and their dogs Raisin and Ezze.

Rick Schwartz - San Diego Zoo Ambassador  ("Polar Bears")
Rick Schwartz is a senior animal keeper at the San Diego Zoo and also serves as an ambassador for the Zoological Society of San Diego. He began his career with the Zoo in 2000 as a part-time keeper in the Children’s Zoo and advanced to a senior keeper in 2004. Schwartz is responsible for the care of more than 30 different species of animals at the Zoo. He works with other keepers and the Zoo's veterinary staff to care for and improve the physical and psychological wellbeing of the animals under his care at the Zoo. Schwartz came to the San Diego Zoo with seven years of professional animal training and animal care experience from his work as a wildlife specialist at the Tropicana Resort in Las Vegas, animal training experience with Guide Dogs for the Blind and Universal Studio’s Animal Actors show. In 1997, Schwartz earned an associate’s degree in science from Moorpark College in California. He received a certificate of achievement from the college in 1993 while completing its Exotic Animal Training and Management Program. He is a member of the Association of Zoos and Aquariums and the American Association of Zoo Keepers.

Geoff Edwards - CRN Broadcaster/Celebrity/Travel Expert  (Cruise Ship)
Geoff Edwards is a veteran radio and television broadcaster. He has an Emmy for best talk show host, and an Emmy nomination for best Game Show Host. Besides hosting network game shows, he has appeared as an actor in numerous television shows and movies. In radio, he was top rated in Los Angeles on both KMPC and KFI.  With all of this, Geoff never lost his thirst for travel. He has been cruising since 1969 and has twice cruised around the world. From Morocco, to the Marshall Islands, and even to Branson, Geoff 's wit adds a special flavor to his travel commentary. Michael, Geoff's wife, travels with him and records all on film. Today, Geoff writes for several national magazines, currently broadcasts a weekly travel report to Monterey's KION morning show, and does on "location" special travel broadcasts for CRN, the Cable Radio Network. 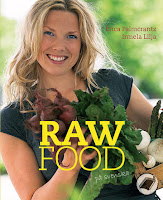 Erica Palmcrantz  "Raw Food"
Erica Palmcrantz is a raw-food educator and has been a high-raw vegan for almost four years. She lives in Gothenburg, Sweden with her husband Sam Aziz and their daughter Saga. For Erica, raw food is first and foremost about vitality and energy.  Raw food is more than a diet. It’s a lifestyle and a movement. The stories of weight loss, increased energy, healthy-looking skin, and better digestion are seemingly endless. However, many people are turned off by the difficulty and unpleasantness of eating only (or even primarily) foods cooked below 104 degrees Fahrenheit. With dozens of recipes accompanied with beautiful, full-color photographs, Erica Palmcrantz and Irmela Lilja prove that eating raw foods can be simple, inexpensive, and delicious. No one should have to sacrifice time, money, or flavor to enjoy the astounding health advantages of going raw. Learn how to soak and sprout vegetables and nuts to increase the nutritional value, what types of kitchen tools are best for preparing raw food, and which foods to have on-hand for use in raw recipes. From creative salads to spicy burritos to chocolate mousse, every recipe will broaden your raw-food horizons. Complete with recipes for breakfast, lunch, dinner, snacks, desserts, and side dishes, Raw Food is an innovative approach to a wholesome way of eating.

Sherry Johnston - Eliminated Contestent  NBC's "Biggest Loser Couples"
Sherry was the thinnest child in her family up until the age of 30. While successful in maintaining her weight after two children, she let it spiral out of control after the death of her husband. Sherry is embarrassed to meet new colleagues at work because of her weight. She wants to regain control of her life and needs to lose the weight to be healthy and to be around to see her daughters give her grandchildren. She knows things must change immediately to live the full, long life that she knows she deserves. This mother/daughter team feels that they have been overweight, out of breath and self-conscious about themselves for too long. They are each known for their outgoing characters and together they think that they can take it to another level. They are both loving and caring but also competitive and determined.  .