What's Cookin' Today Hour ONE:
It's National Healthcare Decisions Day and Dr. Rhonda Randall Tells Us How To Best Plan For Our Medical Care!

The NHDD website (http://www.nhdd.org/) has some great facts about the percentage of Americans who actually complete the “advanced directives” designating their health care surrogate. Some particularly compelling facts:
- Less than 50 percent of the severely or terminally ill patients studied had an advance directive in their medical record.
- Only 12 percent of patients with an advance directive had received input from their physician in its development.

- Between 65 and 76 percent of physicians whose patients had an advance directive were not aware that it existed.
Dr. Randall tells us how to Identify the right health care surrogate: Does this person know you well and can he or she express your values, goals and wishes? A spouse or family member may not necessarily be the best option because he or she could be too emotionally involved; sometimes a spouse or family member could be the best choice – only you will know. Make sure your selected health care surrogate understands the types of medical interventions you want – and don’t want – under certain circumstances.
Dr. Randall goes over the responsibilities of a health care surrogate: Once you have selected a health care surrogate, that person has the authority to act only if you cannot speak for yourself and must act according to your wishes in a number of ways.
Chinese Cooking Expert Nina Simonds Gives Us Tips from Her New Book, A SPOONFUL OF GINGER! 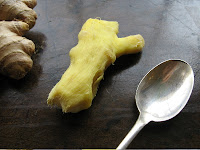 Every schoolchild learns that an apple a day keeps the doctor away, and chicken soup is the first thing that comes to many minds when the sniffles hit. But that's about as far as the tradition of eating specific foods to improve health and well-being goes in Western tradition.
This is in sharp contrast to the Asian philosophy of food as life-giving, as Chinese cooking expert Nina Simonds writes in her wonderful new book. The recipes in A Spoonful of Ginger A not only taste delicious, they have specific healing properties based on the ancient wisdom of Chinese traditional medicine. From spicy dishes that help you resist a cold to recipes flavored with rejuvenating ginger, this is food that is truly good for you, food that harmonizes with the seasons, balances the body's energy, and appeals to all the senses.
What's Cookin' Today Hour TWO:
We're Visiting Wente Vineyards with Christine Wente! 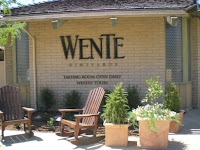 Founded over 125 years ago, Wente Vineyards is the country’s oldest, continuously operated family-owned winery. Today, the winery maintains its leadership role in California winegrowing under ownership and management by the Fourth and Fifth Generations of the Wente family.
Blending traditional and innovative winemaking practices, the winery draws from approximately 3,000 acres of sustainably farmed Estate vineyards to create an outstanding portfolio of fine wines. Located just east of San Francisco in the historic Livermore Valley, Wente Vineyards is recognized as one of California’s premier wine country destinations, featuring wine tasting, fine dining and championship golf.
About Christine: In 2000, Christine Wente became the first member of the fifth generation to join the family business (her brother Karl Wente, Fifth Generation Winemaker, joined in 2002), bringing new perspectives to the country’s longest continuously operated family-owned winery. She is an active spokesperson for the company, and a member of the Board of Directors.
For more info, go to http://www.wentevineyards.com!
We're Taking a Trip to the Russian River Valley with Carol Kozlowsk from Kozlowski Farms!

At Kozlowski Farms, when they say—"it's just like my grandmother used to make"— they mean it. All their products began with founder Carmen Kozlowski's legendary recipes, including old fashioned jams, no sugar apple butter, no sugar fruit spreads and homemade pies - including Carmen's fabulous Gravenstein Apple Pie. They believe that the best foods from Salad Dressings to Chipotle Grilling Sauces begin with the very best ingredients.
Kozlowski Farms also consists of a family apple farm and pinot noir vineyard located in the Russian River Valley appellation of Historic Sonoma County California.
As one of Sonoma County's oldest family-owned farms, they're big on tradition—the kind where everyone stops what they're doing and comes to the table.
About Carol Kozlowski-Every: Carol is Vice President/Secretary of Kozlowski Farms “Sonoma County Classic”. She is married to Paul Every – General Building Contractor. They have two Daughters, Tracy Dutton – Dutton Estate Winery and Kimberly Knechtle – Sierra Construction.
Carol participates in the management of food production and recipe development, marketing and PR of Kozlowski Farms specialty and natural food products. She manages the local and national sales departments of Kozlowski Farms Product Line, works with Brother Perry Kozlowski and Sister Cindy Kozlowski-Hayworth in the everyday management of Kozlowski Farms.
Carol was involved and sat on the following Sonoma County Association Boards: Served on the boards of; Select Sonoma County for 10 years and the Sonoma County Visitors and Convention Bureau. Currently serves as Secretary on the Russian River Valley Grapegrows Association. Was involved in the start-up of Sonoma County Farm Trails and the Gravenstein Apple Fair.
For more info, go to http://www.kozlowskifarms.com/!
Don't forget to "Like" CRN's Facebook Page: http://www.facebook.com/crntalkAnd "Like" Our What's Cookin' Today Page, too! http://www.facebook.com/pages/Whats-Cookin-Today-Radio-Show/180963171920067
Email ThisBlogThis!Share to TwitterShare to FacebookShare to Pinterest
Newer Post Older Post Home