With swimsuit season just around the corner, it’s the perfect time to get back on the health, nutrition and fitness track. Whether your goal is to eat healthier, exercise regularly, or to lose weight, nationally recognized nutrition expert and former health editor of Shape Magazine, Sharon Liao has provides tips on how to incorporate healthy habits into your lifestyle for bathing suit season and beyond.
Sharon Liao is an awarding wining national health and nutrition expert. Recently, she served as senior health and nutrition editor for Shape magazine. She edited and wrote many of the magazine’s health and nutrition pages, including various features and the Eat Right, Live Healthy, and Weight Loss Workbook columns. Her stories have won National Health Information Awards and a Gold Eddie Award for their consumer health reporting.
Prior to joining Shape in 2006, Liao served as an associate editor at Prevention magazine. She has also been on staff at Fitness and Reader’s Digest magazines.Liao has many television and radio appearances to her credit, including health, nutrition, home, and relationship segments on NBC’s Today Show, ABC’s Eyewitness News, GMA Now, and WPIX11 Morning News. She lives in Brooklyn, New York.
Four Seasons Los Angeles Chef Ashley James Tells Us About His Easter Brunch! 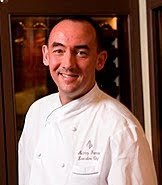 All the world’s a restaurant to Ashley James, and he really gets around. As executive chef of Hotel Los Angeles, James has the enviable task of keeping one of the city’s hottest dining spots sizzling for the entertainment crowd – and everyone else, too. “It took me a while to adapt to LA, but now I love it,” he says, adding, “Anybody who comes to the hotel is treated like a celebrity.”

That’s better than James got working his way up to chef. Born for the kitchen – he recalls baking with his mother as a youngster and cooking beef Wellington for dinner parties as a tween – James crossed the Channel at 20 for a kitchen gig at a French country hotel. “England didn’t have much of a culinary reputation in those days. The attitude was, ‘What do you know?’” James was insulted, pushed, even smacked by the chef, but stayed on just to show he could. He went on to show more, earning spots at Michelin-starred restaurants and winning Young Chef of the Year in France in 1992.

Then he was off – first to Spain, then to postings in Singapore, Mexico and Buenos Aires. “What’s really quite interesting is that every time I leave a country, I adapt those influences to my next destination.” James points to the “flavour profiles” of Asian ingredients, which, though similar to those of Latin American cuisine, are transformed on both sides through distinctive cooking techniques.

James’s turn at Hotel Buenos Aires provided him entrée into television as well. After being taped for a segment with a local celebrity chef, James was offered a cooking series of his own and banked 12 shows before heading to LA.

So – big on TV in Buenos Aires, big in North America, right? As of press time, James would only hint that he has something in the works for cable on the “culinary culture of Michelin-starred chefs.” Either way, his focus remains on Four Seasons Hotel Los Angeles, where his global cuisine just keeps drawing them in.

TWIX® knows that many chocolate lovers simply don’t have the time to enjoy Spring Break, but surely everyone can find time to “Pause Like You Mean It” by enjoying a TWIX® Coconut.
The new chocolate creation offers a pause from the ordinary with a taste of the tropics that will give coconut lovers the feeling that they’ve been island hopping for weeks. No bikini or sunscreen required.
DESTINATION: TASTEBUD PARADISE TWIX® Coconut combines coconut-flavored caramel with an irresistible crunchy cookie – all covered in delicious TWIX® milk chocolate.
CHECK OUT THE NEWEST COCONUT CRAZE TWIX® Coconut comes in a 2 ounce single pack (comprised of two TWIX® bars).
TWIX® Fans, -HURRY, ACT NOW! They're only available for a limited time beginning March 28!
We're Taking a Trip to Beautiful Napa with Paula Kornell, General Manager of Oakville Ranch Vineyards!

Growing up on her family’s Napa Valley vineyard, Paula was the girl who sold prunes, walnuts and peacock feathers in front of the tasting room at Hanns Kornell Champagne during summer months. When she wanted to spend time with her father, winemaker Hanns Kornell, she jumped on a horse and joined him for a ride or worked alongside him in the winery. In those days she was certain she would become either a veterinarian or a champagne maker by day and a ballerina by night.
After college and a stint in Manhattan, Paula returned to Napa Valley to work with her father until the closing of the family winery in 1992. She joined Robert Mondavi as General Manager of Vichon Winery and stayed with the organization for eight years. She ventured to Sonoma to become General Manager of Carmenet, then was wooed back to Napa by Oakville Ranch. The draw here is working with what she calls “a magical piece of property.” Her first visit to the mountain top vineyard was enchanting. She knew she wanted to help tell its story—a story very similar to her own, about belonging to this blessed place and fostering its authentic bounty. About being original and true. People often ask her how she can drive up the winding mountain road every day. To Paula, that is a big part of the joy she takes in Oakville Ranch.
Deeply committed to her community, she chaired the 1992 Napa Valley Wine Auction, now known as Auction Napa Valley, and served as a co-chair in 2005. She is the immediate past President of the Board of Directors for the Napa Valley Vintners and Auction Napa Valley—a position her father held 45 years earlier. She also sits on the board of the Oakville Wine growers and Wine Institute. She is a founding member of the “Lust for Life” group of women vintners who raise money for charity through treks to places like Mount Everest, Mount Kilimanjaro and, most recently, the Himalayas. She is devoted to her bull mastiff Romeo and the organization Guide Dogs for the Blind. Given the choice between dessert or a cheese course, she’ll go with cheese every time. Epoisses is her current favorite.
Movie Guy Steve Evans Gives us the Movie Hits and Misses! 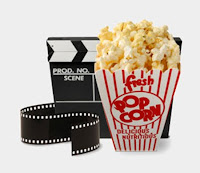 Steve Evans, the Movie Guy, is going to tell us what we need to run out and see and what we can avoid in the movie theaters, this week!
So, grab your popcorn, folks! Get your movie news and reviews right here on the What's Cookin' Today show! Steve “The Movie Guy” will take a look at what’s hot at the box office and the new films being released this weekend: