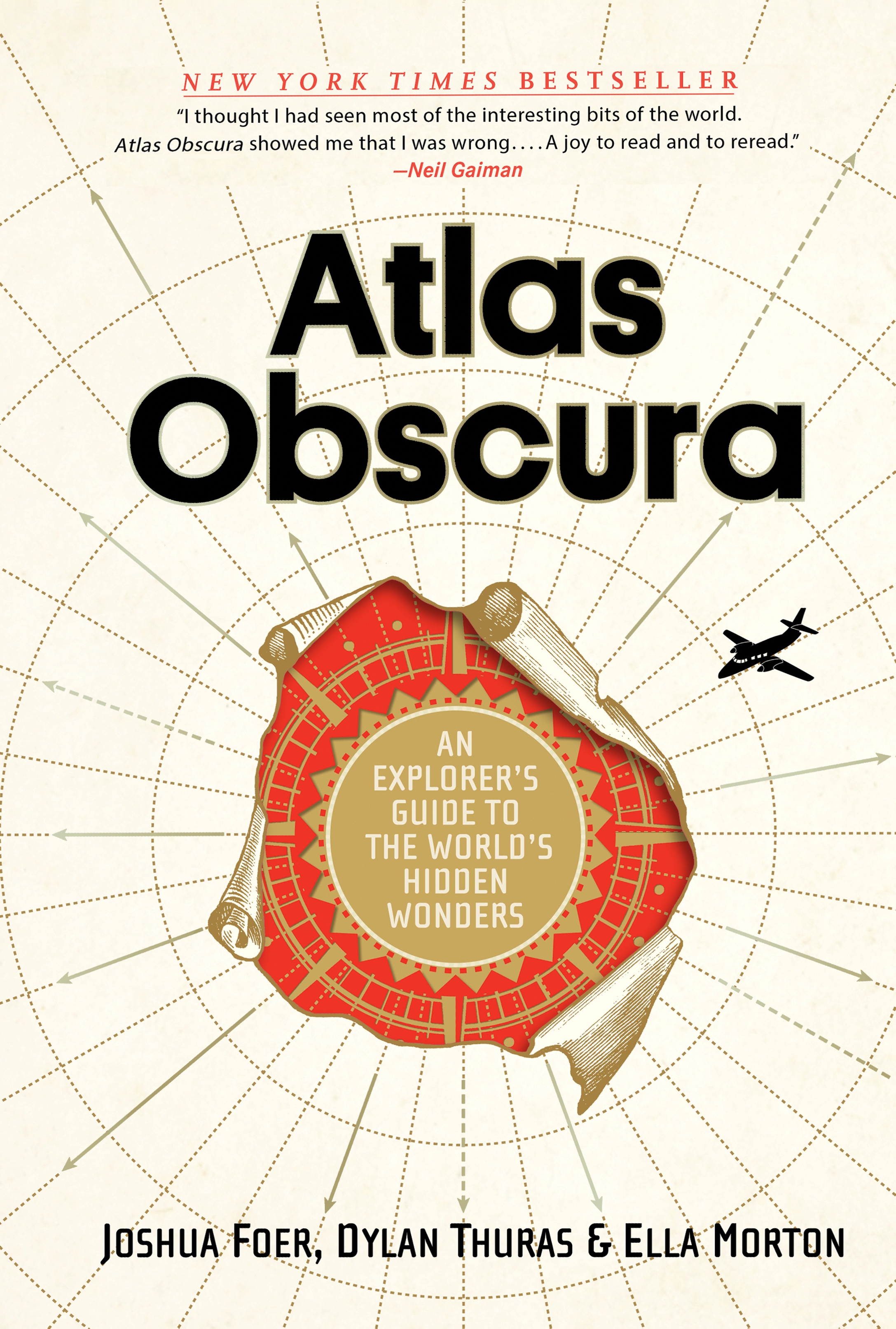 When Joshua Foer, Dylan Thuras, and Ella Morton set out to write ATLAS OBSCURA: An Explorer’s Guide To The World’s Hidden Wonders, their goal was to create a catalog of all the places, people, and things that inspire wonder (after all, when you can buy a plane ticket and be in Borneo in less than a day, the world can feel awfully small). As the team behind AtlasObscura.com, a vibrant online destination focused on discovery, wonder, and exploration, Foer, Thuras, and Morton had access to an unrivalled treasure trove of secrets, mysteries, intrigues, phenomena, and curiosities to pull from.

The extraordinary result is an unprecedented guide combining compelling descriptive writing with arresting full-color photographs, maps, and charts to share over 600 of the most unusual and fascinating bucket-list wonders across all eight continents. But, what exactly is a “wonder”? A wonder is:

Each entry for the astonishing sites in ATLAS OBSCURA includes location information, GPS coordinates, and tips on when and how best to get there—and how much to bribe the guard to get you inside. An arresting cabinet of curiosities that inspires wonderlust as much as wanderlust, ATLAS OBSCURA proves that the world is vast and there are marvelous treasures behind every corner—if you just know where to look.

ABOUT DYLAN THURAS:
DYLAN THURAS is the cofounder and creative director of AtlasObscura.com. Dylan has spoken at conferences, including SXSW and Applied Brilliance, about the changing nature of exploration. Previous projects include ‘Curious Expeditions’ about travelling in Eastern Europe for a year, the meeting of the Athanasius Kircher Society, and ‘World of Wonders’ a series of videos and articles for Slate. Visit Dylan online at @dylanthuras.

Many of us are still basking in the prolonged summer weather and while it may not feel like it, Fall is almost here! With the last few weeks of warm weather, now is the time to consider what projects to tackle to prepare your home for the upcoming cooler months! From DIY insulation to making sure your home is energy efficient to keep those upcoming heating bills at bay Today’s Homeowner Danny Lipford has got you covered.

This is the Fall Edition of “4 Seasons of Home Ownership”, from the Today’s Homeowner team. From, "Top Ten Must Do Tasks", to “If Time and Budget Allows” and “A Little Something Extra”, this fast paced look at homeownership really puts things in perspective ….in a good way!

Danny Lipford is a veteran remodeling contractor and television personality known to audiences as Host of the Emmy-Nominated and nationally-syndicated home improvement TV and radio shows: Today’s Homeowner with Danny Lipford. Danny served as the home improvement expert for CBS’s The Early Show and The Weather Channel for more than a decade, and has made more than 160 national television appearances. Danny has been a longtime contributor to Better Homes & Gardens Magazine and BHG.com, and is a source for hundreds of other popular magazines and websites each year.

DANNY WILL TALK ABOUT:
- Low cost fall chores that pay off in the long run
- Easy DIY insulation any homeowner can do
- DIY tips and solutions from the expert
- The essential tasks to tackle this fall to keep your home running smoothly
- And more!