After graduating from the University of Colorado with a B.S. in Business Marketing, Taylor spent a year working for a biodynamic vineyard in a village outside of Auckland, New Zealand. This was her first introduction to the wine world and she quickly fell in love with all it has to offer – the people, the places, the culture, the product. Upon returning to the United States she moved from her small hometown in Washington State to Buellton, where she started working for the Vintners’ Association as an Intern. Taylor was promoted to Marketing and Communications Coordinator in October and hopes to continue blending her passions for marketing and wine, while learning more about the industry, in the Santa Barbara region. 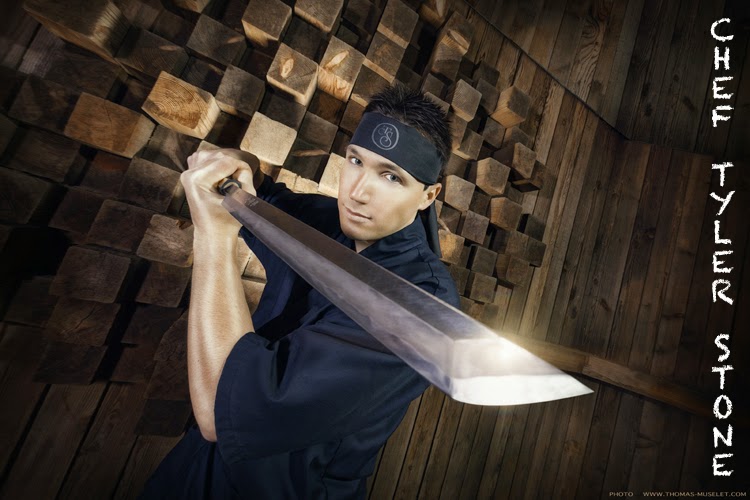 Chef Tyler Stone is one of America's stars in the next generation of chefs. From the time he was 4 years old, Tyler has had a full-blown passion for the culinary arts and has already accomplished much in his short career. At just eleven years old he jumped into the culinary world and has been cooking all over the country ever since. As a culinary entrepreneur, Tyler is involved in all aspects of the culinary industry from creating great food where he incorporates molecular gastronomy, writing about food, teaching healthy education to our youth, food entertainment and creating his own product lines.

After graduating high school at age eighteen Tyler published his first cookbook, The Kid's Cooking, which shares his love of food and is available on his website along with his gourmet and Japanese cutlery lines. He has enjoyed numerous TV and radio appearances on local networks and was the youngest contestant on Bravo's Top Chef. He has been a culinary writer for a magazine and newspaper and plans on having his own syndicated TV cooking show.

Tyler is sought out by and has cooked for many notable individuals, organizations, politicians and celebrities and has worked with some of the best chefs in the country. His inspiration comes from great chefs as well as his family, friends, and local surroundings. Tyler is "All Things Food".

THE CALIFORNIA WINEMASTERS is a perennial Wine Spectator Top 10 Charity Wine Auction set for May 17, 2014 at Warner Bros. Studios in Burbank.  This extraordinary event showcases 50 international chefs and 75 of California’s Finest Wineries.  “Winemasters” has raised almost $26 million in support of the mission of the Cystic Fibrosis Foundation.

The CF Foundation is a nonprofit donor-supported organization dedicated to attacking cystic fibrosis from every angle.  It’s focus is to support the development of new drugs to fight the disease, improve the quality of life for those with CF and ultimately, to find a cure.

The Foundation’s drug development success has been recognized by Harvard Business School and by publications such as Forbes, Discover Magazine and The Wall Street Journal.