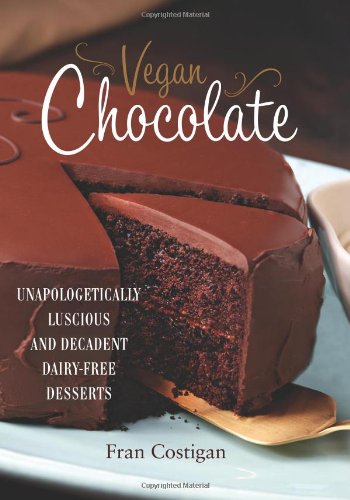 It can be difficult to find truly indulgent vegan desserts—especially chocolate. But for the first time, chocolate cakes, brownies, truffles, puddings, ice creams, and more are within reach: dairy-free, organic, fair-trade, and sublime.

Author, baking instructor, and vegan powerhouse Fran Costigan has dedicated years to satisfying her sweet tooth while keeping it vegan. Through experimentation and long hours in the kitchen, she’s recreated some of her favorite chocolate desserts as better-for-you interpretations that pass the taste test: Bittersweet Chocolate Truffles (with a variety of flavor variations), a Brooklyn Blackout Layer Cake, a Sacher Torte, even chocolate Moon Pies! Her detailed instructions make for professional-quality outcomes every time: it’s like a personal baking class, right in your kitchen. The perfect gift for anyone with a sweet tooth, Vegan Chocolate is sure to become an instant classic. 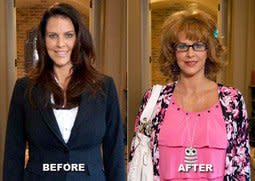 “Massage Heights” – Shane Evans, COO of Massage Heights, one of the largest massage chains in North America, must overcome her aversion to touching people when working as a massage therapist. Also, one store’s disregard for company policy rubs Evans the wrong way, on UNDERCOVER BOSS, Friday, Dec. 13 (8:00-9:00 PM, ET/PT) on the CBS Television Network.

Shane’s parents struggled financially and were not able to pay for Shane to attend college – so she never attended one.  In April of 2004, Shane and her husband founded Massage Heights.  The company is family run.  Her brother Glenn is the CEO, her husband Wayne handles Human Resources and her youngest brother Brett handles franchise development.   Her mother Patricia is a paralegal and senior executive assistant, so Shane sees her every day.  Her father is still alive but is too ill to work as part of their team. 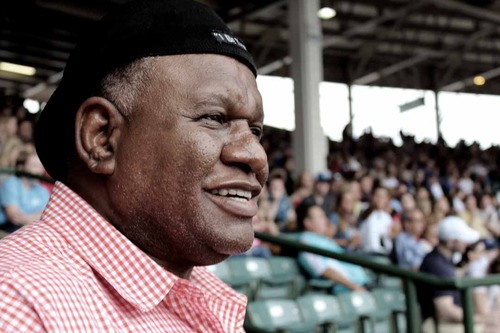 Legendary comedian George Wallace understands that the holidays can be stressful, as is work, family, and life in general. In his debut book, LAFF IT OFF! Wallace offers insight into life, finding joy in the little things, and the power of comedy. He stresses the importance of "laughing it all off," and why we can’t always take life so seriously.  His witty and legendary commentary can help add some comedic relief to your holiday season.

Comedian George Wallace started his career at NYC’s Comic Strip Live in the 1970’s, where he roomed with Jerry Seinfeld (and later served as the best man in his wedding). Headlining at the Flamingo in Las Vegas for the last decade, Wallace has been making people laugh for 37 years. Ranked by Comedy Central as “one of the greatest comedians of all-time” and by Rolling Stone as one of the top 25 funniest tweeters, George is available to dish one-liners and share insightful stories into his life.

Donned “The iron man of comedy” by Jay Leno, he is described by Jerry Seinfeld, who also wrote the foreword, as “One of the most beautiful people I’ve ever met.” No stranger to the spotlight, Wallace has appeared on The Tonight Show, Oprah, Late Night with David Letterman, Live! with Regis and Arsenio Hall. He was also a senior writer for Sanford & Son and his acting credits include Seinfeld and The Fresh Prince of Bel Air.

He is also heavily involved in charity work and "giving back" to the community. He has donated hundreds of thousands of dollars to churches and ran several benefit events and comedy shows for the Church of God in Christ in Los Angeles. Likewise, he is the ambassador to a branch of the USO called "Armed Forces Entertainment," and has recently returned from doing comedy shows overseas.
Email ThisBlogThis!Share to TwitterShare to FacebookShare to Pinterest
Newer Post Older Post Home