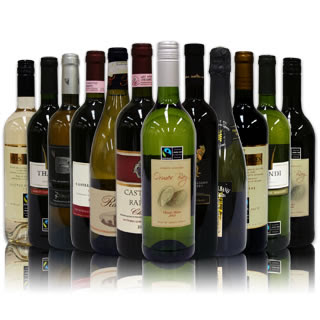 For fifty years Larry Lipson was the food critic for the Los Angeles Daily News and not reports from Costa Rica weekly with his thoughts and favorite picks for Food & Wine.

Dan T. Cathy President /COO Chick-fil-A As president of one of the nation's largest family owned businesses, Chick-fil-A's Dan T. Cathy represents the next generation of leadership for the Atlanta-based quick-service chicken restaurant chain founded by his father, S. Truett Cathy. Eager to incorporate his own skills and talents into the business, Dan has taken an unconventional, yet personally and professionally rewarding approach to Chick-fil-A leadership. Since 2001, Dan has served as the president and chief operating officer of the 1,608-plus unit chain (as of March 2012), but he also has personally challenged himself with upholding Chick-fil-A’s efforts to provide genuine, heartfelt hospitality, and ensuring that customers chain wide have an exceptional dining experience when visiting a Chick-fil-A restaurant. In his quest to provide customers with “second-mile” service (exceeding even the highest expectations of a typical fast-food restaurant), Dan has defined a special role for himself – humbly saying, "I work in customer service." Rather than leading from his corporate office in Atlanta, Dan chooses to spend the majority of his time traveling to the chain’s growing family of restaurants and interacting with Chick-fil-A’s committed team of restaurant Operators and team members. His actions stem from a belief that working in the field provides a clearer understanding of the ever-evolving wants and needs of Chick-fil-A customers, and leading from the front line also enables him to personally convey his servant spirit to the chain’s 61,000-plus employees. The majority of his travels include participating in grand opening ceremonies for new Chick-fil-A restaurants. In yet another example of how he keeps in tune with customers and employees, Dan attended numerous restaurant openings last year, spending the night in restaurant parking lots along with hundreds of customers who were vying for a chance to win free Chick-fil-A food for a year as part of a special customer-focused promotion the chain conducts in conjunction with new restaurant openings. Reflecting on these experiences, Dan notes, "I’m having the most fun I have ever had at Chick-fil-A."

Several major marketplace awards recently have affirmed the commitment and performance of Chick-fil-A Operators and team members. In early 2008, BusinessWeekand J.D. Power and Associates named Chick-fil-A among the top 25 “Customer Service Champs.” Chick-fil-A ranked 22nd overall, and was one of only two restaurant concepts listed. Also in 2009, Chick-fil-A received Restaurant & Institutions magazine’s "Choice in Chains" award for the 15th time in 16 years, as well as topping QSR magazine’s 2009 Best Drive Thru in America survey for the sixth time in the 12-year history of the study. During 2007, Chick-fil-A was recognized as first in overall service in a survey jointly conducted by Zagat and NBC’s "Today Show." In 2004, Chick-fil-A was honored with Fast Company magazine’s inaugural "Customer First" award; and was the highest rated quick-service chain in the South in J.D. Power and Associate’s Customer Satisfaction survey. Dan's nearly lifelong career at Chick-fil-A began at age 9 as he sang songs for customers and did radio commercials for the chain's original "Dwarf House" restaurant in Hapeville, Ga. After receiving his Bachelor of Science degree in Business Administration from Georgia Southern University, Dan returned to Chick-fil-A where he served as director of operations – opening more than 50 new Chick-fil-A restaurants throughout the country. As Chick-fil-A continued to grow, so did Dan's responsibilities with the company. He has served as senior director of operations, vice president of operations and executive vice president prior to being named president and chief operating officer.
Email ThisBlogThis!Share to TwitterShare to FacebookShare to Pinterest
Newer Post Older Post Home