What's Cookin' Today Hour ONE:
The Food Network's Marcela Valladolid Tells Us How to Easily Make a Mexican Fiesta! 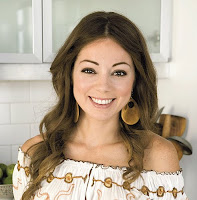 Throw a fiesta this Cinco De Mayo with margaritas, tacos and authentic recipes!! Host of Mexican Made Easy, Marcela Valladolid will give viewers everything they need to plan a muy bueno feast for their May 5th celebration!!
About Martha: Growing up around expert cooks in Tijuana, Mexico, Marcela was raised to be passionate about food. After attending the Los Angeles Culinary Institute and the Ritz Escoffier Cooking School in Paris, Marcela parlayed her skills to become a Food Editor at Bon Appétit magazine, host of her own cooking show Relatos con Sabor on Discovery en Español, and contestant on The Apprentice: Martha Stewart. In August 2009, Marcela released her first cookbook titled “FRESH MEXICO: 100 Simple Recipes for True Mexican Flavor” (August 2009, Clarkson Potter). Her Food Network show, Mexican Made Easy, debuted in 2010. In addition to being a host for Food Network, Marcela cares for her young son Fausto, who doubles as her sous chef at seven years old.
Avery Aames, Author of "Lost and Fondue" and the "Cheese Shop Mystery Series" Tells Us About Her Books!

Avery Aames is the pseudonym for Daryl Wood Gerber. As Avery, she signed her first three-book publishing contract with Berkley Prime Crime and is writing A Cheese Shop Mystery Series, the first of which, The Long Quiche Goodbye, will appear July 2010. The series is set in idyllic Holmes County, Ohio, and features Charlotte Bessette, a feisty cheese shop owner with a colorful extended family.

Daryl has also had short stories published and she created the format for the successful TV series Out of this World that ran for four years in first-run syndication. Daryl podcasts some of her suspense/thriller work on her website. She is a member of Sisters in Crime, its internet group Guppies,Mystery Writers of America, Romance Writers of America and theInternational Thriller Writers Association.

Prior to writing, Daryl was an actress in Los Angeles. A fun tidbit for mystery buffs: she co-starred on the popular series, Murder, She Wrote and Matlock. Daryl graduated from Stanford University. She enjoys golfing, swimming, photography, gardening, gourmet cooking, and has been known to jump out of a perfectly good airplane.

She has been happily married for over twenty-five years and has an adorable mutt named Max and a grown son who has flown the coop.

Visit her at both of her websites: http://www.darylwoodgerber.com/ and
http://www.averyaames.com/

We're Visiting with HGTV’s Kelly Edwards, Star of “Design on a Dime!” 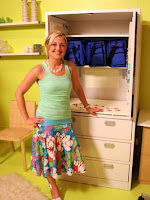 Has your bathroom seen better days? Does it feel dull and dingy? Want to make big changes on a small budget? There are a number of small things you can do yourself in just a weekend to really perk things up. Looking to add to the overall value of your home? Did you know your bathroom is actually the easiest room in your home to re-do to add that extra appeal?
You don't have to endure a whole bathroom remodel to get the look you want. From organization and updating lighting to a fresh color and new hardware to adding small pieces of furniture and hooks, HGTV’s Kelly Edwards is here to help you complete a masterful bathroom makeover!
HGTV network’s star of “Design on a Dime” Kelly Edwards is known for her design and organizing tips, cleaning strategies, and total home makeover transformations. Kelly also serves as co-host and design coordinator for the Style Network’s newest show “Tacky House”. Kelly has been seen on “The Tyra Banks Show” as well as local morning shows across the country. You may also recognize her from national magazines such as Cosmopolitan, Good Housekeeping, Life & Style. In addition she is the host and home decorating expert for AOL Living and is deemed over the airwaves as the “MacGyver of Design.”
What's Cookin' Today Hour TWO:
Michael Horn is Broadcasting LIVE and the 22nd Annual Maui Onion Festival! 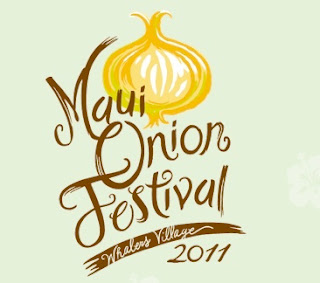 There are onions. And then there are Maui Onions. Believed by many to be the sweetest onions in the whole wide world, these glorious bulbs are the star of our annual festival.
The Maui Onion Festival has been a signature event at Whalers Village since 1990. It’s dedicated to the cultivation and promotion of the world-famous Maui Onion and is attended by thousands of visitors and residents every year.
Don't forget to "Like" CRN's Facebook Page: http://www.facebook.com/crntalkAnd "Like" Our What's Cookin' Today Page, too! http://www.facebook.com/pages/Whats-Cookin-Today-Radio-Show/180963171920067
Email ThisBlogThis!Share to TwitterShare to FacebookShare to Pinterest
Newer Post Older Post Home