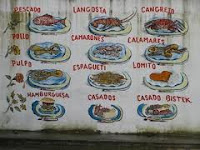 Larry Lipson calls in with the Costa Rica Report! He shares all the food news abroad with Michael Horn and Paul Stern!

What are some of the cool food and wine trends outside of the States? Larry gives us the skinny on what to look for and where we can get some of these goodies, right here in the US!

Dr. Joseph Keon, author of WHITEWASH: The Disturbing Truth About Cow's Mile and Your Health

Is milk really good for us after all? Have countless well-meaning parents and doctors been deceived--"whitewashed"--about how dairy effects our bodies? According to Dr. Joseph Keon, author of WHITEWASH: The Disturbing Truth About Cow's Mile and Your Health Forward by John Robbins, this is most certainly the case. "Much of this information is contradictory or unsupported by scientific studies, "writes Keon, "Most of it is market-driven" [...]. Furthermore, 70% of chronic degenerative diseases in the United States are directly correlated to our choices in diet--with dairy being at the heart of this issue.

Joseph Keon writes convincingly about the milk lobby in the United States and the damage it does, citing government findings as well as independent scientific studies that all seem to conclude that Americans are sabotaging their own health without even knowing it, simply by dri /b> points out that milk is an unnatural product for adult humans to consume, and may even lead to many ever-growing diseases, amongst them diabetes, cancer, and osteoporosis. Keon is persuading in his discussion of American dairy farming--the rates of disease, tainted product, and even young mortality (6 years, whereas healthy cows live into their 20s) are enough to make anyone think twice about milk with their cookies.

Dr. Joseph Keon is considered a leading authority on public health, and has written three books, including The Truth about Breast Cancer: A Seven-Step Prevention Plan and Whole Health: The Guide to Wellness of Body and Mind.

You ate too much. WE ate too much! Okay - we DEFINITELY, definitely ate TOO much! What's a foodie to do? Janet is here to help us out with getting cleaned up and healthy for the new year!

Janet is the Certified Nutritionist for Henry’s Farmers Market, and she hasmore than 20 years of experience in the health food industry. She has an extensive knowledge of natural and organic foods, nutrition, vitamins and minerals, herbal solutions and homeopathic remedies. Her areas of expertise include child nutrition, health and fitness, women’s health and nutritional counseling. 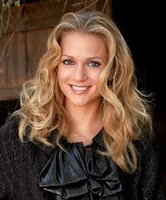 Surprise Visit from our friend AJ Cook - She tells us some BIG NEWS about her Law & Order role!

Andrea Joy "A.J." Cook (born July 22, 1978) is a Canadian actress best known for her role as Supervisory Special Agent Jennifer "JJ" Jareau in the CBS crime drama Criminal Minds. She has also appeared in several Hollywood films including The Virgin Suicides, Out Cold, and Final Destination 2.