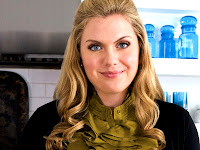 In 2005, Anne left Chicago and moved to New York City to pursue her dream of becoming a chef. Soon after enrolling in the Institute of Culinary Education in 2005, Anne landed a job in culinary production where she gained behind-the-scenes media skills – a glimpse into her future at Food Network. Anne also worked as a personal chef before joining New York’s highly acclaimed restaurant, The Waverly Inn, in 2006, where she honed her skills as a pastry chef and assistant general manager working under notable chef John DeLucie for almost two years. In 2009, Anne made the move to the exclusive New York restaurant, Hotel Griffou, where she worked as executive pastry chef and event coordinator until June 2010. In her spare time, Anne volunteers for City Harvest’s Operation Frontline, a nutrition education and financial planning program, and also writes for LunchNYC, a project that brings nutritional information to families about their kid’s school lunches and how they can improve their diets. Anne currently lives in New York City.
Deborah Parker Wong The Tasting Panel Magazine
She has recently returned from Italy and Germany and will talk about her experiences and the wine. 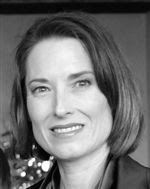 Deborah Parker Wong reports on the wine and spirits industries with an emphasis on domestic trends. She judges several wine competitions each year including the San Francisco International Wine Competition and she was awarded the WSET's Diploma in Wine and Spirits in 2009.
Email ThisBlogThis!Share to TwitterShare to FacebookShare to Pinterest
Newer Post Older Post Home