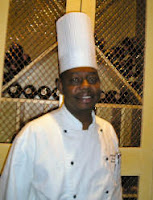 A former pastry chef, Abby Dodge is a widely respected baking expert as well as a popular food writer and instructor. She studied in Paris at La Varenne and is the author of seven cookbooks, including Desserts 4 Today (Taunton Press, 9/2010) andThe Weekend Baker, an IACP Cookbook Award Finalist. Her recipes and articles have appeared in more than three dozen cookbooks, publications and websites. A contributor ediotr to Fine Cooking magazine, Abby's recipes have also graced the cover of Bon Appetit magazine. She's a regular guest on TV and radio and teaches cooking around the country. Visit Abby's website www.abbydodge.com.
The Longer Story:
What began as a love for baking at a young age, developed into a passionate and successful career for Abby Dodge. A widely respected expert in baking and cooking for both kids and adults, as well as a popular food writer, instructor and media personality, Abby has a simple mission: To streamline baking and cooking for home cooks of all ages. Stress-free strategies and simple techniques for busy people have garnered awards, rave reviews, and a loyal following for Abby, because “.. despite her serious experience, her approach is relaxed and realistic.”
—Publishers Weekly

Abby began cooking and baking as a young girl at home in New York and Connecticut. She studied in Paris at La Varenne and later worked under superstars Michel Guerard and Guy Savoy, specializing in pastry. She has held editorial posts at Parents and Woman’s Day, and has contributed to over three dozen special-interest publications focusing on baking and family cooking. Abby is currently a contributing editor at Fine Cooking, where she has been on the masthead since 1994. She founded the magazine’s test kitchen, has written and contributed to over seventy articles to date, and serves as the magazine’s guru for all things baking. Abby’s practical advice, recipes, and tips continue to be picked up by myriad consumer magazines, websites and, TV and radio programs.

Tips on the best & worst this weekend at the Box Office. Steve reviews and comments on all the latest from Hollywood and gets the story behind the film.A veteran of the industry, "The Movie Guy" says exactly how he feels about the movies that you will be watching this weekend. Mike Horn comments on the lineup of big screen offerings but does not always agree with what Steve has to say. This is the movie review program to listen to every week and get the "real deal".
Email ThisBlogThis!Share to TwitterShare to FacebookShare to Pinterest
Newer Post Older Post Home