Like wine, a great dining experience, and love to help others? Come out to the 9th Annual Autism Wine Event on June 8th at The Chart House in Redondo Beach. Tickets: $85.00 all inclusive - go to www.rideforautism.org!   The Autism Wine event is a four course gourmet meal with wine pairing per course. Live music by Retrofit and comedy by Zoe. 100% of the proceeds go directly to families touched by Autism. 1 in 68 kids today are diagnosed with Autism…we can make a difference! The funds go to enriching autistic children’s lives, providing families discounted seminars, free evaluations, and therapy, and helping individuals affected by the autism spectrum.

The Los Angeles Ride For Autism Foundation is a 100% volunteer group dedicated to raising funds benefiting non-profit entities that are directly involved with the Autism Spectrum Disorder, by organizing motorcycle fun rides in the Southern California area. 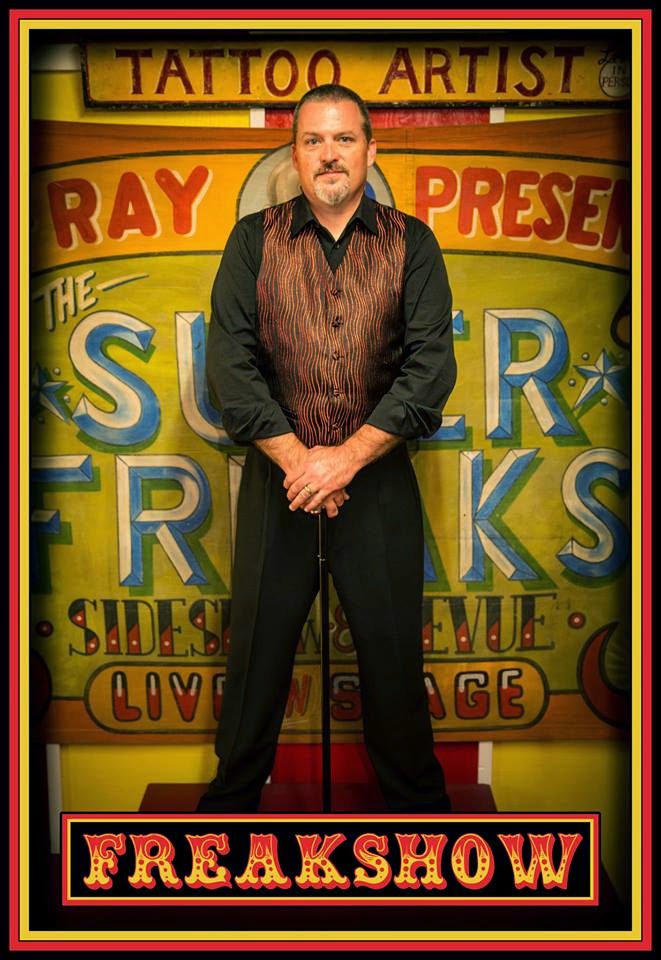 About the Show: Todd Ray was the very definition of normal. He had a highly successful Grammy-winning career in the music industry, a house in the suburbs, a loving wife and two kids. But Todd’s true passion was with all things unique and different - animals, artifacts or people – and his goal was to one day show the world that normal is never easily defined. Todd and Danielle opened up their hearts and home to animals and people who were truly one of a kind, with the ultimate goal of creating a venue for them to show the world that being different is its own kind of normal. So Todd walked away from his career, and with Danielle by his side, sought out a spot on California's famed Venice Beach Boardwalk to share their unique family.

Season two of Freakshow will continue to follow the lives of Todd Ray and his family as they operate their Venice Beach business and open their home and lives to the ever-changing and growing group of performers who make up their Freakshow family. New talent will be scouted to join the show, and cameras will take viewers out of the business and deeper into the personal lives of the Ray’s and their extended family to document the everyday struggles of balancing life, love and the Freakshow.

Todd Ray is the mastermind behind The Venice Beach Freakshow, a classically-inspired circus sideshow with an attached museum of oddities. A 21st Century P.T. Barnum with a congenital resistance to the very concept of “impossible,” Todd has set out to build the world’s greatest showcase for the unique,the bizarre and the wondrous.

As a teenager in South Carolina, Todd fell in love with the early hip-hop singles coming out of New York and began performing locally with friends.In 1986, he landed a record contract which led him to New York where he met Danielle, the woman whom he would end up spending his life with. Over the next decade, Todd produced and worked with a wide range of artists, including The Beastie Boys, Nas, and Mick Jagger. He won two Grammys for his production of the innovative Latin group Ozomatli and one for his work on Santana's “Supernatural” album, as well as being nominated for Rap single of the year with Cypress Hill. He and Danielle ultimately moved to Los Angeles, settling in the suburbs to raise their two children, Asia and Phoenix.

Successful as he was, Todd had creative ambitions that weren’t being satisfied. “I decided I’d rather share the wonders of the world with families – kids, adults, everybody. I recalled an experience in my childhood, which ultimately changed my life forever. I had gone to a sideshow and saw a man named Otis Jordan (known as The Human Cigarette Factory). Performing without any limbs, he used only his shoulders, chin and tongue to roll a cigarette. At the end, I said to him, ‘I don’t think I could ever do what you did.’ He said to me, ‘Son, if I can do what you saw me do on stage, a young man like you can do anything you ever dreamed of.’ From that moment, the world seemed different and I knew it was my call as to what life could be.”

Venice Beach Freakshow opened in 2006, and since then Todd has searched the world for animal anomalies, bizarre artifacts, and people with unusual physiological traits and astounding talents. He has embraced the word “freak” as a joyous rebuttal to “normal” and the pressure of conformity. “Every single one of us, by virtue of our individuality, is an oddity. We’re each a freak: a freak of the universe,” he stresses. “But a ‘freak’ meaning the most special, the most unique, the most magical creatures in the universe.”