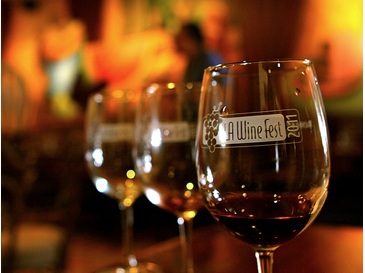 The LAWineFest is proud to be in its 9th successful year. This popular event blazed a trail in L.A. to bring wine and people together in a fun, inviting and accessible way. Now a local institution, we’re known to reliably deliver a sun-kissed event that balances fun, exploration and education. Our goal is to help people explore their taste in a festive environment. Our unofficial motto: Drink what you like; Like what you drink!

Joel M. Fisher, PhD writes or has written for the Culinary Connection of the Chefs de Cuisine Association of California, for the Beverly Hills Courier, and since 2010 for the Underground Wine Letter. From 2007-2009  he taught at Cordon Bleu in Pasadena. Prior to that, he was the wine instructor for the Culinary Arts Department of the Art Institute of California — Los Angeles for seven years and is a founding partner of the educational Wine Vine and Dine, which conducts programs throughout Southern California and Wine Discoveries. Net. A Sommelier for the Escoffier Association of Southern California, he is also a member of The Tasting Panel (formerly the Bon Appetit Tasting Panel) and is a Wine Host for CRN’s What’s Cooking Show.

Dr. Fisher is a member of the Society of Wine Educators, The Circle of Wine Writers (UK), and the International Federation of Wine and Spirits Writers. Awarded a Wine Enthusiast Media Scholarship for 2005 at the Culinary Institute of America, he is the author of the Wine Work Book, now in its 6th edition.

Dr. Fisher co-led a program for chefs and culinary students to the Culinary Olympics in Erfurt, Germany and to wineries in Burgundy and Champagne in 2005. In June 2006 he again led a program, “Wine and Cuisine of Iberia,” to Spain and Portugal.  Future programs to wine regions are in the works.

In 2010, after numerous requests based on the huge success of the LA WineFest,  Dr. Fisher established the Santa Clarita WineFest, which just held its 3rd annual event to record audiences.

Memorial Day’s 48 Hours explores the case of Stephen DeMocker, accused of killing his ex-wife, Carol Kennedy, a 53-year-old mother of two and educator, who was brutally beaten in her home,  located in a secluded area outside of Prescott, Arizona. The police investigation turned up no physical evidence tying DeMocker to Kennedy’s death.  In fact, there was DNA from another man found under Kennedy’s fingernails.  A key witness speaks out for the first time. Could this new information free DeMocker?

A KEY WITNESS IN A MURDER CASE AGAINST AN ARIZONA STOCKBROKER SPEAKS OUT ON NETWORK TV FOR THE FIRST TIME IN “48 HOURS: END OF THE TRAIL”

“END OF THE TRAIL” IS THE FIRST OF FOUR CONSECUTIVE ALL-NEW “48 HOURS” BROADCASTS TO AIR ON MONDAYS AT 10:00 PM ET/PT