Patricia Schultz is the author of the #1 New York Times bestseller 1,000 Places to See Before You Die. A veteran travel journalist with 25 years of experience, she has written for guides such as Frommer’s and Berlitz and periodicals including The Wall Street Journal and Everyday With Rachael Ray. She also executive-produced a Travel Channel television show based on 1,000 Places to See Before You Die. Her home base is New York City. Her home base is New York City. From historical sites and national seashores and majestic mountains, America’s national parks are the perfect destinations for family vacations this summer. However, as we visit these historic treasures, it’s important to recognize the issues that face them.  Appearing live from the Great Smoky Mountains, is best-selling author and travel expert, Patricia Schultz, to tell your viewers how to make the most of their summer vacation by adding a visit to a national park.  Patricia will also talk about the “National Parks Project,” a partnership between Nature Valley and the National Parks Conservation Association (NPCA).This program is helping ensure our national parks get the care and support they need to flourish for generations to come. 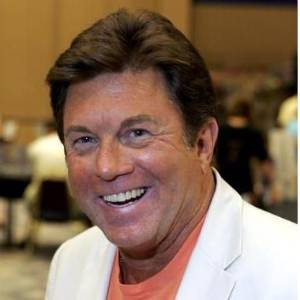 Larry Manetti started acting in his of hometown Chicago. After studying acting with the Ted List Theater Players, Larry drove to Los Angeles in 1972. Larry landed an agent and was sent to Universal Studios to audition for an opening as a contract player. Luck was on his side. Jack Webb was casting a new series for NBC called The Chase. Larry played a young detective. After attending acting school at Sal Dano's at night and doing bit parts by day, he scored. Baa Baa Black Sheep was being produced and cast at Universal, and the now famous writer Stephen J. Cannell was the executive producer and the role was a natural for Larry. He was cast as a cocky, hot shot pilot named Bobby Boyle. The show was a big hit for NBC but was cancelled within two years. Because the network was so impressed with Larry's on-screen presence, they cast him in a new series called The Duke. Bad luck! The Duke was cancelled in one year. Larry was back to playing whatever Universal told him to. Hoping to catch lighting in a jar, along came Magnum, P.I. And the role of Rick. This was his elevator...the show became a mega-hit for 8 years. Since Magnum, P.I., Larry has done co-starring roles in 25 feature films and guest starred on many hot TV shows. Larry is the author of a book titled Aloha Magnum.