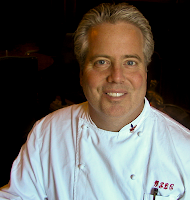 William Bloxsom-Carter has  been executive chef and food and beverage director at Los Angeles’ Playboy Mansion for 25 years. The chef and his staff of are responsible for not only feeding Playboy Enterprises Inc.’s Hugh Hefner and residents of his home, but also guests at a private hotel, a corporate fine dining room and corporate and charity events every year.

The "Rock 'n Roll" Chef has been stopping by our studios to have fun with Mike & Paul for quite some time and it is bound to be an exciting show. 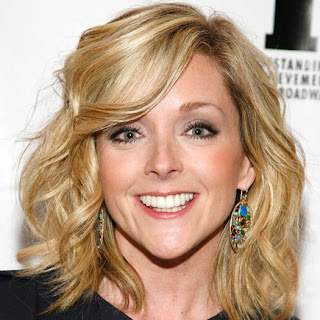 Star of stage, screen, and television, three-time Emmy nominee actress Jane Krakowski has earned such accolades as the Tony Award, Laurence Olivier Award, Screen Actors Guild Award, and a Golden Globe nomination. With her starring role as Jenna Maroney (opposite Tina Fey, Alec Baldwin, and Tracy Morgan) on the hugely popular sitcom “30 Rock”. Jane also lends her vocal talents to the soon-to-be-released Sony Pictures animated feature films “Surf’s Up” and "Open Season."  Having made her motion picture debut as Cousin Vickie in the classic Chevy Chase comedy "National Lampoon's Vacation," Jane has also starred opposite Jude Law in the 2004 remake of the classic film "Alfie" and has starred in the dark comedy "Pretty Persuasion" which was nominated for a Grand Jury Prize at the 2005 Sundance Film Festival. Jane has also graced the silver screen in such feature films as “Surf’s Up”, “Open Season”, “Open Season 2”, "Stepping Out," "Dance With Me," "The Flintstones in Viva Rock Vegas," “Go,” and “Ice Age.” As if all of that is not enough, Jane also became a household name as Elaine Vassal on the Emmy Award-winning series “Ally McBeal” and appeared on both “Everwood” and “Law & Order: Special Victims Unit." On the stage, Jane's stunning and sultry portrayal of 'Carla' in the Broadway musical, "Nine," opposite Antonio Banderas, won her Tony, Drama Desk, and Outer Critics Circle Awards.  Jane, who has also dazzled Broadway in such productions as “Once Upon a Mattress,” “Company,” “Tartuffe,” and “Starlight Express,” was awarded the prestigious Laurence Olivier Award for Best Actress in a Musical for her performance in the West End production of "Guys and Dolls" opposite Ewan McGregor. Last year, Jane released her solo debut album “The Laziest Gal in Town”. 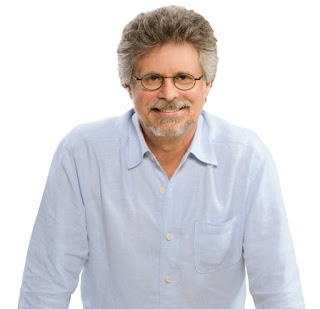 Multiple James Beard Award–winner Steven Raichlen, who brought us the NEW YORK TIMES bestseller PLANET BARBECUE!, HOW TO GRILL, THE BARBECUE! BIBLE, and many other grilling manuals, sets his sights on the all-American favorite—RIBS—in BEST RIBS EVER: 100 Killer Recipes Including Slaws, Baked Beans & Finger-Lickin' Sauces (June 2012; Workman Publishing.) There's no denying that ribs are an American obsession. Meat just tastes better on the bone, especially one you can hold in your hands. And there's no one better to give us a crash course in grilling, smoking, spit-roasting, and even deep-frying ribs than Steven Raichlen. In BEST RIBS EVER, the updated and expanded edition of his classic Ribs, Ribs, Outrageous Ribs, Raichlen includes how to properly set up a grill and what tools to have on hand (even how to make grill-quality ribs indoors!) He gives us a run-down on the wide variety of ribs available, from pork baby backs to country-style ribs; beef short ribs to beef long ribs; plus veal ribs, lamb ribs, and even vegetarian ribs (think celery and bananas). There are delicious, finger-lickin' recipes for rubs, marinades, sauces, and glazes, along with accompanying sides, desserts, and even drinks—both leaded and unleaded! Raichlen's recipes range from the most traditional to the exotic, from the delectable to the even more delectable 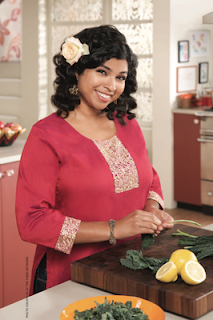 It’s that time again-time to dust off the BBQ and ring in summertime! From celebrating Independence Day to those friendly neighborhood get-togethers, Food Network personality, Aarti Sequiera loves adding some fireworks to the All-American standbys of summer. In this interview, she’ll reveal how we can make a “mini-party”out of each meal occasion by adding a festive touch to our dishes, incorporating fresh and flavorful ingredients. While hot dogs, hamburgers and steaks have long been summertime staples across the country, Aarti will encourage your audicence to change up those classics and turn them into standout recipes. She’ll illustrate how we can take one of her favorite, vitamin-packed ingredients – the mango- and utilize its tropical taste to impart a natural sweetness to standard summertime fare. Some tasty, quick-and-easy examples include:
·Mango-Chile-lime lassi, a fresh take on the traditional creamy/sweet Indian beverage
·Mango Salad with Mangy Dressing
·Mango BBQ Sauce –featured with grilled favorites like steaks, seafood, pork and veggies
·Mango Rice Pudding with cardamom, fennel and pistachio

Aarti Sequeira uses her passion for food, training in broadcast journalism and warm personality to host a lively Food Network cooking show, Aarti Party. She surprises listeners with unexpected flavors and techniques to expand their palates and culinary repertoire by imparting her knowledge of global cuisine and putting an approachable spin on all-American classics. Growing up in Dubai with a traditional Indian Catholic family, Aarti’s lifelong appreciation for food began at a young age and was inspired by her mother and her exposure to such diverse cultures. In August 2010, Aarti got her start by winning Season 6 of Food Network Star. Now in Season 2, Aarti Party promises great food and endless fun for home cooks everywhere.