The 2011 List Of "America's Manliest Cities" Has Just Been Released And We're Talking With Judge, Actor And Bicep Enthusiast, Lou Ferrigno About What Makes A City Manly 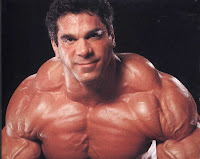 It’s hard to argue that your city’s got moxie when some of the toughest men in America and a few everyday Americans think your city lacks manliness. This ten-member “Board of Manliness,” ranked 50 cities in the third annual COMBOS® “America’s Manliest Cities” individuals study and Bert Sperling the research expert behind the popular “Best Places to Live” studies, incorporated their composite ranking of the cities into the final results.

One member of “The Board of Manliness” is actor and bicep enthusiast Lou Ferrigno. Taking issue with how Ferrigno ranked the cities is not advised, as you might not like him when he’s angry. The “Combos America’s Manliest Cities” study takes 50 of the largest cities in the country and ranks them from manliest to least manly, based on city data and input from a “Board of Manliness” featuring Lou Ferrigno and nine others. Indicators like the number of sports bars, BBQ restaurants, hardware stores, salty snacks consumption (such as Combos) and the number of firefighters and police officers helped raise a city’s ranking. All data was adjusted for ‘per capita’ figures to provide a fair comparison between cities of varying sizes. Unmanly characteristics did not go unpunished. Cities were docked points for shameless amounts of home furnishing stores, cupcake shops and minivan sales.

For more information and a complete list of rankings, visit Facebook.com/Combos

In 1975 he starred in the documentary film, Pumping Iron, about the world of bodybuilding. From ’78-’82 he starred in the television show “The Incredible Hulk,” standing at six feet five inches, weighing 285 pounds! Ferrigno also starred in three “Hulk” television movies, appeared in the recent Incredible Hulk movies and lent his voice to the animated series of the same name. In ’94 he starred in “Stand Tall,” the sequel to “Pumping Iron” which documents Lou's comeback in the Masters Olympia title and his return to bodybuilding. In 2009, he starred in the comedy “I Love You Man.” He and his family are currently in negotiations with TV Land for a new Reality TV project – “The Incredible Ferrigno’s” that will focus on “coaching” viewers on how to improve the quality of their physical and mental health. He lives in California with his wife and three kids.

We're Talking With Author Of The "Simply Green" Books On Environmental Living And Lifestyle Expert, Danny Seo About His New Book With A Fresh Take On Recycling: "Upcycling" You’ve seen Danny Seo on HGTV and heard him on Sirius Radio for years, or maybe you’ve read one of his “Simply Green” books on Environmental Living. The man who was literally born on Earth Day has made his living showing people how to practice green living, and now he’s taken up a new cause. It’s called “UPCYCLING,” which is an upgrade over normal recycling efforts by creating beautiful things from the stuff you already have. Seo has teamed up with Lowe’s to promote his new book that contains hundreds of creative upcycling ideas.

Environmental lifestyle expert Danny Seo calls his eco-friendly way of living “Simply Green.” Through his best-selling books, television programs, products, magazine columns and his how-to lifestyle lectures, Danny Seo continues to share the creative ideas that have made him America’s leading lifestyle authority on modern, eco-friendly living. Born on Earth Day in 1977, Danny has championed the natural biodiversity of our planet from a very young age. On his 12th birthday, he founded the organization Earth 2000 with just a few friends and $23. By his 18th birthday, he had transformed the grassroots organization into the country’s largest teenage activist charity, spearheading worldwide campaigns on behalf of the environment. Danny encourages America to live a greener lifestyle. His first lifestyle book Conscious Style Home (St. Martin’s Press; 2001) chronicles his renovation of his parents’ home in Green Hills, Pennsylvania, using easy-to-find, eco-friendly materials. The beautifully photographed book received rave reviews in The New York Times, Elle, Food & Wine, Elle Decor, and USA Today, who raved “Say ‘environment’ to Danny Seo, and it’s as if you’ve punched the word into the search engine Google: Out roars an avalanche of ideas and references that threatens to scramble your brain.” Conscious Style Home helped Danny soon become America’s favorite environmental lifestyle authority.

In Fall 2011, Danny’s seventh book—Upcycling—will be published featuring hundreds of innovative, easy and eco-friendly craft projects that turn useless stuff into beautiful new things. This book is based on his wildly popular regular segments on NBC’s “The Today Show” where he shows hosts Kathie Lee Gifford and Hoda Kotb how to craft, often with hilarious results. Danny’s creative vision that style and sustainability can be married together has created an extensive portfolio of work including a nationally-syndicated newspaper column “Do Just One Thing;” the Simmons Natural Care by Danny Seo mattress line; Wholearth by Danny Seo bath and beauty products; the DVD “Simple Steps to a Greener Home;” one-a-day and wall calendars with Trends International; and a series of books including Simply Green Parties and Simply Green Giving. 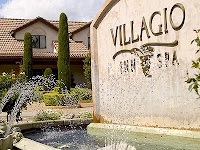 Comprehensive survey results appear in this month's August 2011 issue of the magazine. A questionnaire developed by Travel+Leisure was made available to T+L readers. Magazine readers were asked to rate hotels and destinations spas on several characteristics. In the hotel category, respondents provided their feedback regarding rooms/facilities, location, service, restaurants/food and value. In the spa category, readers gave their input regarding ambiance, treatments, service and value.

Villagio Inn & Spa ranked #29 and Spa Villagio ranked #8. “This is the second time this year that Villagio Inn & Spa has received special recognition from the Travel+Leisure Magazine (In the January, 2011 issue, the hotel was named one of the “T+L’s 500 World’s Best Hotels Readers’ Survey),” says Villagio Inn & Spa Managing Director, David Shipman.