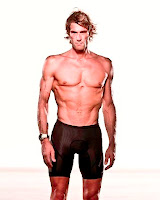 Hitting 40 can be a watershed moment. For many, it feels like “the beginning of the end”—of fitness, anway. Two years ago, on his 40th birthday, Rich Roll found himself confronted by an overweight, out-of-shape, middle-aged guy: himself. He knew he faced a future of heart disease and other chronic illnesses if he didn’t re-invent himself.

Today, he’s an ultra-distance athlete. Rich told Dr. Sanjay Gupta on CNN’s “The Human Factor" (a show about survivors who have overcome tremendous odds) that confrontation was "a precious moment of clarity." On that day two years ago, Rich Roll began a remarkable journey that led him to the first of two Ultraman World Championships, and being named one of the “25 Fittest Guys in the World" by Men's Fitness Magazine. In those two years Rich has become an elite athlete, but he’s not an exercise addict. He’s a family man, an attorney, a writer, 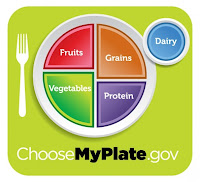 Liz Ward will give us simple, straightforward, visual examples of what it takes to put together nutritious and delicious meals and snacks according to the MyPlate guidelines. Her new book contains more than 50 recipes that put the Dietary Guidelines into practice. Liz takes the guesswork out of what to serve the family.

“All the nutrition information in the world doesn’t do much good unless you know how to translate it to what foods to put on your plate, in your hand, or in your glass…” In her latest book MyPlate for Moms, How to Feed Yourself & Your Family Better, Elizabeth Ward, MS, RD, writes “…When it comes right down to it, busy people need simple solutions for eating better.”

Elizabeth M. Ward is a freelance writer, nationally recognized nutrition consultant, and mother of three. She is the author or co-author of seven books. Her latest book, MyPlate for Moms, How to Feed Yourself & Your Family Better comes out in September 2011. Ward writes on a regular basis for Men’s Fitness, WebMD, and USAToday.com. As a spokeswoman for the American Dietetic Association from 1992 to 2002, Ward was featured in nearly 1,000 print and broadcast interviews, including CNN, U.S. News & World Report, The New York Times, and The Boston Globe. She has also appeared on NBC's Today Show. 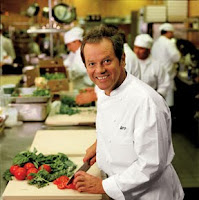 He’ll provide simple, delicious tips and recipes from his famous sliders to his legendary pizzas which can be prepared right on the outdoor grill using affordable ingredients from any local grocery. And, he’ll introduce his brand new creative cocktail recipes. He’ll highlight his new low-calorie, organic, cold-brewed bottled iced coffee inspired by his famous desserts and crème brulee –- a healthy alternative for those who love their iced coffee on the go and a great way to cool down in the summer heat.

With a unique menu that fused California ingredients with classic French cuisine, Wolfgang Puck opened his first restaurant, Spago—Italian slang for spaghetti—in 1982. Situated in the heart of Hollywood’s Sunset Strip, the bistro became a hot spot for celebrity clientele while Puck was credited with rejuvenating California cuisine. The popularity of Spago was bolstered by its fashionable decor, bustling open kitchen, and imaginative pizza varieties (toppings ranged from caviar and lox to duck sausage). In the ensuing years, Puck would capitalize on the success of Spago by opening establishments throughout the U.S., including Spago Beverly Hills, Spago Chicago, Spago Las Vegas, and Spago Palo Alto.

In an effort to bring his California cuisine to a broader market, Puck recently launched a chain of casual eateries called Wolfgang Puck Cafes, as well as a line of signature frozen pizzas and canned soups, distributed at local supermarkets throughout America. Furthermore, he is the author of a number of cookbooks, including Modern French Cooking for the American Kitchen (1980), The Wolfgang Puck Cookbook (1986), Adventures in the Kitchen with Wolfgang Puck (1991), and Pizza, Pasta, and More (2000). In 2001, Puck entered the television arena with a self-titled series, Wolfgang Puck, on cable TV’s popular Food Network. 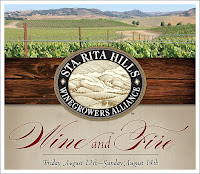 Join Sta. Rita Hills Winegrowers Alliance members and Avant Tapas & Wine for a Wine and Fire Weekend warm up reception featuring large format bottles, vintage wines and current releases. The large format fun kicks off at 6:00 and winds down at the tasting bar at 8:00. The music and Tapas menu can be enjoyed until 10:00 so plan on hanging out and tasting Avant’s line up and dancing the night away! Sta. Rita Hills Wineries current release wines being poured at Avant for this tasting will be available to purchase at a 20% discount for Wine and Fire Weekend.