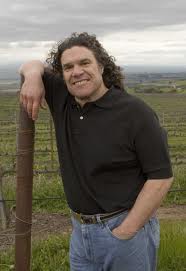 At Pisoni Vineyards & Winery, we are committed to growing the best grapes possible and producing exceptional handcrafted wines that represent our vineyard and the dedication of our family. When Jane and Eddie Pisoni started farming vegetables in the Salinas Valley in 1946, they had no idea what lie ahead for the future Pisoni generations. They started a heritage that continues today. Their son Gary, an avid wine collector, had ambitious dreams of his own vineyard. In 1982, against many obstacles, Gary planted his first 5 acres of vines. With the success of his first vineyard, he planted an additional 40 acres. Today Pisoni Vineyards consists primarily of Pinot Noir, with most of our grapes sold to recognized producers of vineyard-designated wines. The partnerships with these small wineries are based on long-term friendship and enthusiasm for great wine. In 1998, we started retaining a small percentage of grapes for our own Pisoni Estate label. Gary Pisoni exudes passion—for adventure, for family and friends, for grape growing and definitely for wine. He is the Burgundian-crazed founder and visionary of Pisoni Vineyards & Winery. After collecting and making wine for most of his life, Gary wanted to plant a vineyard of his own. He was fascinated by the mountain landscape of the ranch his parents purchased in 1979, so he decided to plant the first vines early in the spring of 1982, without even having a source of water. As he will tell you, the story started with him driving a water truck from the Salinas Valley floor to the vineyard to irrigate his young vines, which would struggle to survive in the shallow, granitic soil. After ten years, Gary finally discovered a well hidden within the far reaches of the mountains. With this source, Gary propagated his vines and began selling grapes to California’s finest Pinot Noir producers. In 1998, he started the Pisoni Estate label. According to Wine Enthusiast, this free spirit and maverick among winegrowers personifies the new face of American Pinot Noir. 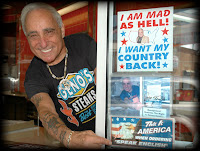 Geno's Steaks was started by Joe Vento back in 1966. He figured that if he was going to sell a steak, he had to be where they were already eating them....at the "X" shaped intersection of 9th & Passyunk in South Philadelphia. Joe learned the cheese steak business from his father who in the early 1940's opened "Jim's Steaks". In 1966, Joe started "Geno's" with $6.00 in his pocket, 2 boxes of steaks and some hot dogs. His competitors all gave him six months to succeed and Joe laughed at them. As a twist of fate, there was already a Joe's Steak Place and Joe had to come up with a new name. He noticed a broken door in the back of his store on which a neighborhood boy by the name of "GINO" had painted his name. Joe liked the name but at that time, there was a food chain by that name and he did not want to confuse his business with that chain. So, he simply changed the "I" to "E" and decided to name his store GENO'S. In 1971, when their son was born, Joe and his wife Eileen decided to name him after their business. His son Geno works along with his father in a managerial capacity as well as handling many of the "behind the scene" tasks helping to make the business such a success. Since those days, Geno's has offered the best of cheese steaks. The ingredients are simple, exacting and never greasy thinly sliced rib-eye steak, melted cheese, oven-fresh baked bread and delicately grilled onions. Awaiting your piping hot sandwich on the counter outside are ketchup, mustard, relish and Joe's choice hot sauce.

M&M’S®, SNICKERS®, and other Mars brands are offering fans an exclusive NFL experience unlike any other - The “Celebrate on the Field” 2011 Instant Win Game is going to give four lucky football fanatics a chance to celebrate on the field with the newest Super Bowl champions immediately following Super Bowl XLVI in Indianapolis.

• Fans are encouraged to serve Mars Real Chocolate TM products during their NFL Playoffs and Super Bowl parties and upload the UPC codes from specially-marked packages at http://www.beonthefield.com/ .

• Schlereth will be conducting live chats with fans of the SNICKERS® and M&M’S® Facebook Fan Pages later today. For more details on joining the chats, “Like” the pages at Facebook.com/mms and Facebook.com/snickers.

Mark Frederick Schlereth (born January 25, 1966 in Anchorage, Alaska) is a former professional football player and current television sportscaster. Schlereth played guard in the NFL for 12 seasons (1989-2000) with the Washington Redskins and Denver Broncos. He is currently a football analyst for ESPN on NFL Live, Sportscenter, and other programs. He is a frequent guest and occasional fill-in host on ESPN Radio's Mike and Mike in the Morning. He has recently begun a career in acting, and appeared on the soap opera Guiding Light in June 2007. 3× Super Bowl champion (XXVI, XXXII, XXXIII)
Email ThisBlogThis!Share to TwitterShare to FacebookShare to Pinterest
Newer Post Older Post Home