Phillipe the Original has been operating for more than 100 years. The restaurant moved to its current location on North Alameda Street in 1951. The French Dip sandwich was created at Philippe's back in 1918 by founder Philippe Mathieu. For beverages, Philippe's serves cans of soft drinks, freshly brewed iced tea, lemonade, coffee, select wines, and beer. Historically, homemade wine had been available. The current owner, a wine aficionado, has added a small selection of California wines to the menu. Philippe's is famous for serving cups of regular coffee for 9 cents to this day, in honor of old-fashioned prices. The price was last raised from 5 cents in 1977. 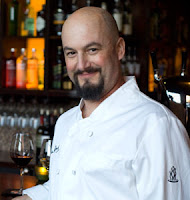 Chef Jeff Buerhaus draws his culinary inspiration from all over the world, emboldened by the signature flavors of Asia, the Mediterranean and the Caribbean. A native of Auburn, Maine, Buerhaus grew up in a home with a bustling kitchen. His mother, an avid cook who grew many of her own ingredients and created signature family recipes, made cooking a festive family affair, and early on, Buerhaus was intrigued by the process and the promise inherent in creativity. Inspired to attend culinary school, Buerhaus headed south to the Florida Culinary Institute, broadening his frame of reference and fostering his passion for discovery. After graduation, he remained in Florida for eight more years to immerse himself in the ambiance, ingredients and traditional cooking styles of Asia, the Mediterranean and the Caribbean. His stint at Mark’s Los Olas in Ft. Lauderdale furthered his passion for variety in flavor and texture and instilled in him the importance of a top-notch staff—relaxed but responsive, knowledgeable but approachable. When Buerhaus returned to Maine, he was looking for the right fit—a place where he could integrate his finely honed skills with his penchant for creative cooking. After successful posts at Cotton Street Tropical Bar and Grill and Perfetto’s, Buerhaus had the opportunity to purchase Walter’s just in time to make the acquaintance of this much-loved restaurant and then make it his own.
Email ThisBlogThis!Share to TwitterShare to FacebookShare to Pinterest
Newer Post Older Post Home