Corner Cooks was founded in 1999 by Betsy Simson who wanted to, in her words, “create a beautiful place on a beautiful street where something beautiful will be made every day.” As a former Creative Director in the Advertising business Betsy knows first hand that you have to deliver what you promise. Betsy says, “For years I've been looking for the perfect man. And I found him in Larry. He upstages me. His resume is more impressive. He's funnier. (I'm still cuter though.) He has held pompous titles at restaurants with the likes of Le Bouchon, Zinc Brasserie, La Tour, Le Ciel Bleu. He was Chef du Partie for Loews Monte Carlo and served as Sous Chef in charge of banquets at the Ritz Carlton in Chicago. He was the senior chef instructor at Kendall College for 11 years.”  “But no more. He's mine now. And yours. Bringing all his wonderful cooking and teaching skills to Corner Cooks. Every class, every dinner, every event is supervised by Larry. Nothing slips by him. Take my word on that, HE'S very big.”  You may meet many other chefs, servers and bartenders that work with Corner Cooks on parties and catering events: all of whom share our love of beautiful food, prepared beautifully, just for you.  Sunday, September 5, 2010 6pm : A Lobster Boil  $60.00 per person. Reservations required. Yea, its the end of the long weekend and yea, it's kind of the end of the summer. I want a last hurrah and I'm thinking maybe you do too! How about a dinner with friends and family that's casual and lively and fun and messy!  Corner Cooks invites you to the first annual Lobster Boil. Lobster, and potatoes, and the last of summer's corn, and the best tomato and frizzled leek salad and ice cream sundaes. We'll throw newspaper down on the tables. We'll bring in a kegger. (And champagne) We'll sleep well. (we'll cook-you'll party)/

Fall sports season is here, which means fans across the country will be getting together regularly to cheer on their favorite baseball and football teams. Whether enjoying the game in front of the television or live at a stadium, food is always a big part of game day gatherings To help fans pull together quick and delicious food for their parties, chef Tyler Florence, known for developing ultimate versions of traditional dishes, is sharing some of his recipes that are perfect to eat while watching the game. An easy-to-use ingredient that amps up any game day menu is the Hass avocado. Hass avocados are a fantastic addition to your fall sports entertaining. Versatile and easy-to-use, it’s no wonder that Hass avocados are a fan favorite – from the classic guacamole dip to topping off burgers, avocados add a creamy and delicious flavor to a variety of game day snacks. Florence likes to work with simple, quality ingredients that deliver great flavors. He will share with your viewers and demonstrate game day recipes for: • Shrimp Nachos With White Cheddar Sauce And Hass Avocado Grapefruit Salsa • Chili Grilled Hass Avocados With Toasted Jalapeño Breadcrumbs About Tyler: For the past 15 years chef Tyler Florence has delighted the masses by sharing the sights, sounds and flavors of his unique culinary vision with fans around the world. After graduating from the prestigious culinary program at Johnson and Wales University, Florence tackled the Big Apple where he helmed multiple acclaimed restaurants and established himself as one of New York City’s finest young stars. In New York, he honed his culinary skills under the tutelage of some of the city's premier chefs, ultimately moving on to become executive chef at Cafeteria. He has starred in a number of other well-known shows, including “How to Boil Water,” a cooking show for novices, “Food 911,” his hugely popular “recipe rescue” show, as well as his signature series, “Tyler’s Ultimate.” In July 2008, Florence opened his first kitchen retail shop, The Tyler Florence Shop, in Mill Valley, just outside of San Francisco, Calif. Outposts of The Tyler Florence Shop also will be opening soon at San Francisco International Airport and in Napa. Recently, Florence opened his first signature restaurant, Wayfare Tavern, in San Francisco’s Financial District. He also will be opening two additional restaurants soon, El Paseo in Mill Valley and Tyler Florence Rotisserie & Wine, a new restaurant concept that will be adjacent to The Tyler Florence Shop in Napa. Tyler lives in Mill Valley, Calif. with his wife Tolan, and has two sons Miles, age 13 Hayden, 3, and a little girl, Dorothy, 2. 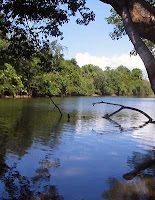 Former LA Daily News Food Columnist (50 Years) Larry Lipson is live and direct from his research Institute in Costa Rica. He will talk about wine food and the good life and will have comments From Frommer's Travel Guide: " Wine: Although some European immigrants have been experimenting with wine grape cultivation in Costa Rica, no one has succeeded. The government did sponsor an experimental effort several years ago, but eventually most of the vines were ripped out. If you see Costa Rican wine for sale, it is almost surely from imported Chilean grape juice that is then processed in Costa Rica--the quality is terrible and it is--at least so far--not worth buying except as a total novelty."
Email ThisBlogThis!Share to TwitterShare to FacebookShare to Pinterest
Newer Post Older Post Home