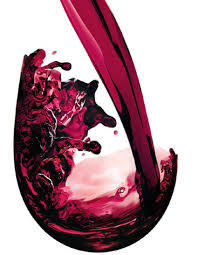 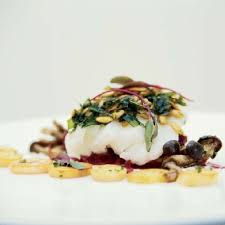 Peter Birmingham - Wine Director  Hatfield's Restaurant
After hearing all of the rumors about Hatfields and missing my previous opportunity to go, my boyfriend and I finally made it in. I thought the food was nothing short of amazing. Our server was knowledgeable and friendly and happy to explain the elements of the disheswithout making me feel stupid (as some often do!) We started out with the mackerel and the chef's take on the "croque madame". Both were superb and my only complaint is that there wasn't more. My boyfriend had the lamb and I had the market menu skirt steak and we were practically licking our plates clean. I didn't care too much for the bread, but the desserts were really yummy!! I'm planning to bring my parents when they come into town, but I would definitely recommend sitting on the patio as the inside gets pretty loud. All in all, we had a wonderful time.

Actor Ed Asner /  Director Randal Kleiser  "Christmas Movies"
EDWARD ASNER ("Up") is beloved for his role as Lou Granton "The Mary Tyler Moore Show" and its spin-off series, "Lou Grant."  (Asner is the only actor to win the Emmy Award for a sitcom and a drama for the same role—Lou Grant.)  But he also has come to be synonymous with Christmas.  Starting with the Emmy Award-winning  "The Gathering," - in which a dying man seeks out the wife and family he alienated himself from while on the road to success in order to have one final Christmas gathering (debuted 1977) - Asner became the go-to guy for Christmas films, voicing "The Story of Santa Claus" (1996), "A
Christmas Carol" (1997) and "Olive the Other Reindeer" (1999), as well as appearing in the TV flick "The Man Who Saved Christmas" (CBS, 2002) and the features "Christmas Vacation II" (2003), "Elf"  (as Santa),  "Christmas is Here Again," and as Luke in the 2006 "The Christmas Card" on television. He was  also a holiday hit in the soldier-themed TV Hallmark film "The Christmas Card" for which he received an Emmy nomination for Outstanding Supporting Actor.  Ed Asner is also known for his acclaimed role as Captain Davies, from the mini-series "Roots"—the man who kidnapped Kunte Kinte and sold him into slavery (a role that earned Asner an Emmy Award)."  But Asner also most recently provided the voice of Carl Fredericksen in the mega-hit animated film "Up" to great critical praise.  (One critic went so far as to suggest "They should create a new category for this year's Academy Award for Best Vocal Acting in an animated film and name Asner the first recipient.")  THE GATHERING has already gone on to become a seasonal classic. (The film won Best Dramatic Special Emmy and is now being released for the first time on DVD in time for the Christmas holiday season.) Directed by RANDALL KLEISER, "The Gathering" joined his esteemed film and TV resume which includes the feature films "Grease," "The Blue lagoon," "Flight of the Navigator," "White Fang," and "Honey I Blew up the Kid."  Join ED ASNER and veteran Director Randal Kleiser for a heartwarming and nostalgic Christmas satellite interview from Los Angeles on Wednesday December 23, 2009