‘BACKING YOU’ CAMPAIGN, HOW TO PROTECT YOUR HOME 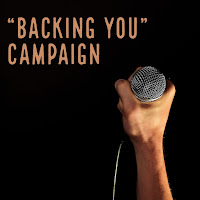 We have a special interview with singer, songwriter and producer Linda Perry, and a young talented singer named Willa Amai.  Ms. Perry has founded two record labels and composed and produced hit songs, including “Beautiful” for Christina Aguilera and “Get the Party Started” for P!nk.  The Grammy-nominated Songwriter Hall of Fame inductee was first known as a lead-singer, fronting 4 Non-Blondes in the 1990s, a popular band that produced numerous hits.

The music icon will discuss her latest collaboration with Intuit QuickBooks and it’s new ‘BACKING YOU’ Campaign to spotlight the contributions made by independent artists who contribute so much to the entertainment industry but are never seen, heard or celebrated.  Behind every burgeoning industry – sports, entertainment, fashion, design et al – small businesses and individual workers play a major role in working hard to drive the success of companies’ artists, athletes and teams.  This time, the focus is on the global music industry.

As part of its ‘BACKING YOU’ campaign launch, Ms. Perry is collaborating with Intuit QuickBooks to provide ongoing support for independent works and those who are just starting out in the music industry.   Her latest venture, under the company name “We Are Hear,” is working with 14-year old YouTube sensation Willa Amai on her recent cover of “Harder, Better, Faster, Stronger,” helping Willa fulfil her destiny as an artist and solo contributor.   The campaign will also celebrates the works of Perry, an entrepreneur, artist and independent record producer. 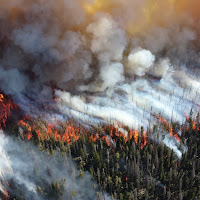 FEMA URGING WESTERN RESIDENTS TO PROTECT THEMSELVES WITH FLOOD INSURANCE

The Peekaboo and Dead Dog fires in Colorado and the mudslides in Washington caused catastrophic damage costing millions. While some were able to escape the flames and mudslides, others lost everything including pets and livestock. Those who fled had no idea what they would come back to and sadly, many lost their homes and businesses.

Wildfires char the ground to the point where it can no longer absorb water quickly—creating the ideal conditions for flash flooding and mudflows that can strike without warning. Soils laid bare cannot absorb the rainfall and are prone to massive erosion.  For example, the flooding in September of 2013 in High Park and Waldo Canyon, Colorado was worse than other areas because of the fires they endured in June of 2012.  The Waldo Canyon fire was the worst in the state's history to that date, burning more than 18,000 acres (7,300 hectares) near Colorado Springs and destroying more than 300 homes.  The burn scars from these fires are also at increased risk of debris flows and mudslides for the same reason: Water quickly runs off, and there are fewer plants to hold rocks and soil in place. Burnt ground can be affected for about five years, which is why residents must take important steps to protect their families and homes by purchasing flood insurance today.

As the Western United States recovers from this recent devastation, the Federal Emergency Management Agency (FEMA) and the National Flood Insurance Program (NFIP) warn residents living in and surrounding areas that the risks of flash flooding and mudflows remains high.