Mayim Hoya Bialik is known for her lead role in the 1990s NBC sitcom Blossom, as well as for her portrayal of the young Bette Midler in "Beaches." She has also appeared in Woody Allen's "Don't Drink the Water" and HBO's Curb Your Enthusiasm.  Bialik was born to first-generation American teachers and documentary filmmakers and was raised in Los Angeles, attending both public and religious school. Bialik has guest starred on some of the most beloved TV shows of the 1980s and 1990s including MacGyver, The Facts of Life, and Webster. She has appeared numerous times on The Tonight Show, the Arsenio Hall Show, and on Conan O'Brien and Jon Stewart's early forays into late-night.

Bialik gave birth to a son in 2005, and a second son (born at home, largely unassisted) in 2008. She is a Certified Lactation Educator Counselor and is devoted to a lifestyle of attachment parenting, homeschooling, natural family living, and vegan cooking. Bialik is the co-founder and chair of the youth branch of the Jewish Free Loan Association (Genesis) and enjoys speaking on a variety of topics, including her journey to embracing traditional Jewish values.

Recent appearances include recurring roles on "Secret Life of the American Teenager" and FOX's "Til Death." She portrayed 1960's activist Nancy Kurshan in "Chicago 8," and she appears regularly on CBS's "The Big Bang Theory" as Sheldon's friend who is not his girlfriend, Amy Farrah Fowler. Bialik is currently writing a book on holistic parenting, to be released by Simon & Schuster in early 2012.

The Emmy-Award Nominated Actress Wants To Motivate Young Women To Think Like Innovators And Pursue Their Education and Career Dreams in Science, Technology, Engineering and Math (STEM). Fans of actress Mayim Bialik may not realize she holds a Ph.D. in neuroscience from UCLA in real life. Mayim has said she fell in love with science during her role on the TV show Blossom. During this time, one of her tutors showed her creative ways to learn about science and gave her the confidence to pursue an education in the field.

Mayim is passionate about motivating young women to think like innovators and become inspired by their own potential education and career opportunities in science, technology, engineering and math (STEM). In a recent interview Mayim said she sees the importance of STEM education for all students, but especially for young women who may think such “boy” subjects are not for them. 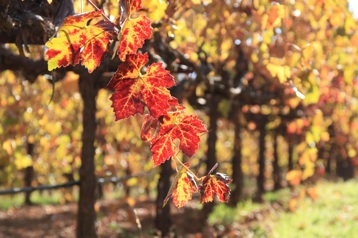 Jim’s family came to the San Francisco Bay Area when he was seven from Bethesda, Maryland. They remained in Burlingame when his dad retired from the Navy three years later. He received his BA in Mathematics from Pomona College and an MS in Computer Science from University of North Carolina at Chapel Hill. In graduate school he tutored basketball players in mathematics.
Jim discovered wine as a teenager through forays with friends and relatives into Napa and Sonoma and then as a summer exchange student in Germany. While in the systems department at Bank of America, Jim took numerous UC Extension wine classes just several blocks away. From wine country trips to Caymus, Phelps, Flora Springs, Navarro, JW Morris, and others, he became familiar with numerous styles and varieties and developed a particular liking for fruit-driven, high acid wines. Soon, his apartment had both esoteric and typical wines from the then known wine producing regions. Interesting, carefully chosen wines became a big part of dinners out or in.

While exploring various wine regions, Jim would always be on the lookout for grape-growing property where he could eventually retire and grow a few acres of grapes. It was on a vacation in the fall of 1984 when he found the perfect property in the heart of California’s Shenadoah Valley – a property big enough to grow enough grapes to start a commercial venture. While Jim’s parents had escaped rural, agricultural roots in he South and mid-West, Jim was driven to escape back.

After fourteen years with BofA and a third child on the way, Jim joined a Berkeley banking software firm as an executive. He retired from that just five years ago, completing a 34 year career in banking computer systems. He has led the grape growing and winemaking operations and has driven Vino Noceto’s strategic direction. He defined Noceto’s Chianti direction with a California style from a 1985 harvest trip to Tuscany with help from many others, especially Darrell Corti.

Jim and Suzy have been married for 34 years. He is very excited that his Vienna, Virginia daughter-in-law has her masters degree and that Lindy, his and Suzy’s youngest, is pursuing her Ph.D. at NYU. Elder son, Randy, works as a software project manager and consultant in Washington, DC. Middle child, Bobby, can frequently be seen in the Tasting Room.

Jim and his wife founded a small winery with the first vintage of 1990.  They are the last standing of the serious Sangiovese pioneers in California.  They now produce almost 10,000 cases annually, except for 500 cases of old vine zin, all Cal-Ital wines.  6,000+ cases are Sangiovese based, 2,000 are a Moscato d’ Asti style wine.

"I called it Progressive American cuisine because every time I stepped into the kitchen, I felt things moving forward."

Since the beginning of his celebrated career, master Chef and hospitality entrepreneur Charlie Palmer has received critical acclaim for his signature Progressive American Cuisine, a style built on rambunctious flavors and unexpected combinations with a deep and lasting infusion of classical French technique. Influenced by his childhood experiences working in his family's vegetable garden, Palmer was an early advocate of farm over factory food. In 1988, he made a landmark commitment to creating dishes featuring regional American ingredients at his sublime three-star Aureole, once situated in a historic town house off Manhattan's Madison Avenue. Today Palmer's flagship Aureole is strategically located within New York City mid-town's dramatically modern Bank of America Tower at One Bryant Park.

Over the years, Palmer combined his creative cooking spirit and flair for business to open thirteen notable restaurants across the country, a growing collection of food-forward wine shops and award-winning boutique hotels. But even today, the chef still steps in the kitchen with reinvention on his mind. "Without a doubt, people eat with their eye long before they put fork to food, so I continue to look for a playful yet respectful way to create excitement on the plate."