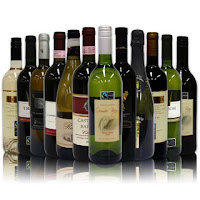 I love anything to do with food, wine or golf. Most people "eat to live" and most others "live to eat." I prefer the "live to eat". Cooking is said to be therapeutic. In today's hectic world, unless we engross ourselves into something relaxing we'll go crazy by the end of the day. So just get into the kitchen & try to be creative using your imagination. It need not be a gourmet meal or anything grand just something simple & satisfying. I've included many personal user-friendly recipes and some common sense advice throughout these many pages.  Many people who cook as a hobby or because they just like it can prepare almost any recipe under the sun. Yet how many have had much formal training, if any at all. This website is designed to take you easily and quickly to the next level. Whether it is julienne leeks or wrapping sandwiches, most everyone has something to learn. Some are novices, while others are on their way to the Culinary School; hopefully, everyone will use these pages to complement your skill level and discover new exciting recipes as well. 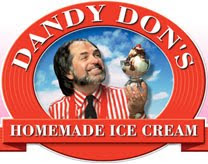 Once Upon A Time (circa 1962 – 67), Don was a stand-up comedian. He worked under the name Don Harris in Atlanta, Miami Beach & Newport, KY.   If you have some free time one day, ask him to tell you some jokes. The next part of this biography starts just after that but still long long ago, in the Time Before CDs. Don was in the record business. He convinced DJs to play records by Frank Sinatra, Elvis, The Beatles, David Bowie, and Cat Stevens (to name a few). Some of those records went gold.  In the late ’70s, Don decided to leave the record business for good. Too much temptation for a family man, he thought. And too few creative DJs.

In 1981 Don and his lovely wife Linda (pregnant with their second child) bought an ice cream shop in Tarzana, California called The Creamery. They thought it would be a gold mine. They were wrong. So they worked their keesters off, got into the wholesale business, and began a catering division.  This is how the catering division of their company—now with over 1,000 customers—got its start.
They no longer have The Creamery, or any retail shop. But they have begun putting their homemade ice cream into pints, so once again regular folks can buy their product retail. Funny how things come full circle, even if they do take 20+ years. 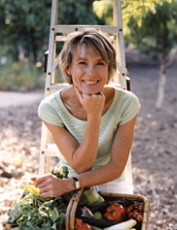 Sally is the author of eighteen books, including her best-sellingSimply Healthy—winner of the prestigious World Cookbook Awards, Versailles, France, 1999 for Best Health Cookbook,Fresh and Healthy–Winner of the 2001 IACP International Cookbook Award in the Health category, Simply Sensational, a finalist for the IACP Award in 2003, and the Australian Heart Foundation Cookbook. Her latest book, Escape to Yountville – Recipes for Health and Relaxation from the Napa Valley, is published by Ten Speed Press.

Throughout her career, James has demonstrated her talent for marrying flavorful food with health; a skill she first developed with the National Heart Foundation of Australia where she spent ten years writing cookbooks, coordinating editorial and national consumer food promotions.

Providing professional consulting services to a range of industry bodies and specialty food and wine companies, James offers a broad scope of business solutions for product market entry, trade representation, recipe development and food styling through a variety of media activities. As a former U.S. representative for Horticulture Australia, a trade representative for and Meat & Livestock Australia, among others, and her continuing work with Austrade (Australian Trade Commission), Sally James focuses on educating the American audience about Australian cuisine & lifestyle, and making good eating more accessible and enjoyable.

Since 2001, Sally James has been successfully assisting Australian food and wine companies to become established in both retail and food service sectors in the United States by showcasing the realm of Australian products to key chefs, media, consumers and culinary schools.

Since relocating to the U.S., James has been a guest presenter on the Food Network and UPN Networks, and has been featured in magazines including Cooking Light, Wine Spectator, Fitness,Family Circle, New York Times' Savor Wine Country, Healthy Cooking & Delicious Magazine.

She has been a guest chef and lecturer for the American Heart Association, the Culinary Institute of America, Epcot International Food & Wine Festival, COPIA, Draegar's and Publix Markets, the American Institute of Food and Wine, and Johnson & Wales Universities across the United States.

James is a member of the International Association of Culinary Professionals, the American Institute of Wine & Food, and the Australian Association of Food Professionals.
Email ThisBlogThis!Share to TwitterShare to FacebookShare to Pinterest
Newer Post Older Post Home