Cathleen has over 6 years experience in business ownership and management. As a Glendora resident for nearly 20 years, she understands the needs and trends of the community. A love for food and wine is the driving behind The Parlour. "I am so excited to introduce The Parlour to the community, the food menu and wine menu are something Glendora hasn't seen before in this area, now everyone won't have to drive out of the city to get this quality of food and wine, I'm bringing it to you" 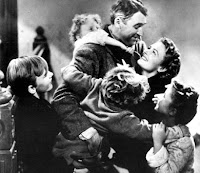 Portraying the son of some of Hollywood's most popular movie stars of the 40's (Spencer Tracy, Katherine Hepburn, Greer Garson, and Lana Turner), Jimmy also has the distinction of playing Donna Reed and Jimmy Stewart's son, Tommy Bailey, in the film classic… “It's A Wonderful Life”. Jimmy was reunited with Donna Reed when he was signed to play Shelley Fabares' boyfriend for eight seasons on “The Donna Reed Show” (abc'58-'66). Jimmy is an actor and producer with over 40 motion picture credits. In television, he starred as a regular in “The Charlie Ruggles Show” (abc'49-'52), Tagg Oakley on The Annie Oakley Series (cbs'53-'58), four seasons on The Adventures of Ozzie & Harriet, two years on Petticoat Junction, and “Ichabod and Me”. He also appeared on “Leave It to Beaver”, “Dennis The Menace”, “Gidget”, “My Three Sons”, “Hitchcock Presents”, “Red Skelton”, and “Lux Video Theatre”. He played Elvis Presley's sidekick in two MGM musicals, “Girl Happy” and “Spinout”. As a producer of motion pictures, some of Jimmy's credits include “Evel Knievel”Majoe Motion Picture), “The Satchel Paige Story”(ABC) “Scouts Honor” (NBC) and Disney's “Love Leads The Way”. He created the 3 hour NBC Emmy Award winning television special “The 50th Anniversary Motown Returns to the Apollo”. Jimmy produced the PBS Television special all-star radio version of It's A Wonderful Life. He is the author of five popular It's A Wonderful Life books and serves on the Board of Directors of The Jimmy Stewart Museum and has served on the Board of Directors of the Donna Reed Foundation for the Performing Arts. Jimmy is celebrating 50 years as a member of THE ACADEMY of MOTION PICTURE ARTS and SCIENCES. 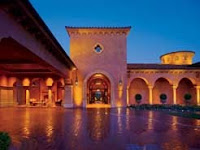