What's Cookin' Today Hour ONE:
Actor Mark Valley Tells Us About the Season Finale of Fox's the Human Target! 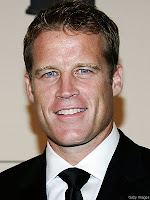 Mark Valley is a versatile film and television actor who is known equally for his comedic, witty turns as he is for his dramatic, weighted performances.
Prior to HUMAN TARGET, Valley starred as “FBI Agent John Scott” on the first season of the hit sci-fi drama FRINGE. His additional television credits include a three-year run as “Brad Chase” on “Boston Legal” and starring roles on the network’s “Keen Eddie” and “Pasadena,” as well as recurring roles on “Once and Again,” “ER,” “The 4400” and “Swingtown.” His film credits include John Schlesinger’s “The Innocent,” “The Siege” with Denzel Washington, John Frankenheimer’s “George Wallace,” “The Next Best Thing” with Madonna and Rupert Everett and “Shrek III” as the voice of “Cyclops.” Valley also wrote and performed in “Walls, Wars and Whiskey,” a one-man show about his experiences growing up in upstate New York and serving in the military.
Valley graduated from the United States Military Academy at West Point, and began his acting career while serving overseas in the Army. The Gulf War veteran is a native of Ogdensburg, NY, and currently divides his time between Vancouver, Canada, and Los Angeles.
With Valentines Day on All of Our Minds, Rabbi Irwin Kula Gives Us the Skinny on SOUL MATES!

Valentine’s Day is a double-edge sword. We celebrate how committed and passionately we are in love. But, the very fact we need the holiday shows a deeper more uncomfortable truth: our love for each other is always far more unstable and fragile than we are ready to admit.
Irwin Kula was listed in Newsweek for four years as one of America’s top ten rabbis, and author of the award winning book Yearnings: Embracing the Sacred Messiness of Life, looks at the holiday and the dance between insecurity and romance in creating a soul mate. Kula’s appeared regularly on NBC’s Today Show, was a repeat guest on The Oprah Winfrey Show, and co-hosted the weekly radio show, Hirschfield and Kula.
--On Valentine’s Day we talk about soul mates. Contrary to popular culture, we don’t find our soul mate we create our soul mates. While not just anyone can be our soul mate there is a much wider range of people who can be than we imagine.
--Soul mate is a verb, not a noun. Throughout our relationship, we engage in soul mating. Only at the end, after we have helped each other become the best people we can be, do we actually know that we have found our soul mate.
--In the beginning, when we say we found our soul mate, we express an aspiration, not a fact. Because the uncertainty and fragility of love is too hot to handle, we create illusions of permanence. Promises like “Till death do us part” imply some grand plan to defend against the lurking truth ─ love is vulnerable and unstable.
--The paradox is that thinking our love is secure is a fantasy. It actually erodes romance and love. It is precisely the reality of the impermanence and the uncertainty of love that generates our longing and desire for greater intimacy.
--The initial reasons for “falling in love” are not the reasons we stay in love. The first phase of love is about self-affirmation ─ narcissism in drag. Then we discover the differences, the flaws, the weaknesses and that’s when our love becomes intentional.
-- when we begin to soul mate. --Soul mating is learning the risky dance between closeness and distance, happiness and disappointment – between living inside and outside of the Garden. What we think is negative is the necessary grist for soul mating. If we can’t work through it we will not create our soul mate.
--If we want Valentine’s Day to really work, we have to fearlessly own the insecurity of love. We have to embrace the sacred messiness of love.
We're Talking With Bob Travers, Owner, Winemaker & Janitor of Mayacamas Vineyards! 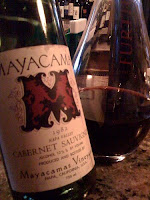 Mayacamas Vineyards is a wine estate located in the Mayacamas Mountains that divide the Napa and Sonoma Valleys. The old stone winery is perched on the edge of a dormant volcano crater near the top of Mt. Veeder. Fifty two acres of vineyards are planted on mountain sides ranging from 1,800 to 2,400 feet above sea level. Deer, eagles, coyotes, cougars, foxes, bobcats, and an occasional bear still inhabit this rugged terrain.
The winery was built in 1889 by John Henry Fisher, a German immigrant, who first worked as a sword engraver in Philadelphia and then became a pickle merchant in San Francisco. The winery was also used by his family as a summer home and as a ranch to raise and care for the horses he used to deliver pickles to his clients in San Francisco. He sold his wine by the barrel. The barrels were loaded onto horse drawn wagons, driven fifteen miles to the Napa River, and then transferred to ferry boats which took the wine to San Francisco where it was bottled and sold.Soon after the turn of the century, the Fishers declared bankruptcy.
The winery officially fell into disuse, although bootleggers are said to have made wine in the old stone cellar. During the late 1920s and 1930’s the Henry Brandlin family, some of whom still live in the area, owned the property. Then in 1941 Jack and Mary Taylor bought the land. They restored the winery, turned the old stone distillery into their home, and chose to name the restored estate Mayacamas Vineyards.
Robert and Elinor Travers bought Mayacamas Vineyards in 1968. Bob is still the winemaker. Their annual wine production averages 4,000 cases, the majority of which are Cabernet Sauvignon and Chardonnay, with smaller quantities of Sauvignon Blanc, Pinot Noir, and Merlot also produced.
For more info on Mayacamas Wines, check out their website at http://mayacamas.com!

Larry Lipson calls in with the Costa Rica Report! He shares all the food news abroad with Michael Horn and Paul Stern!

What are some of the cool food and wine trends outside of the States? Larry gives us the skinny on what to look for and where we can get some of these goodies, right here in the US! His picks, today, are:

-And Organic Rijo from Spain. 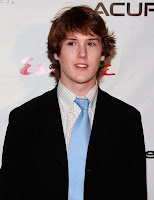 Spencer Treat Clark was born in a New York suburb, grew up in the northeast and began acting at an early age. Spencer attended high school at the Taft School, a boarding school in Watertown, Connecticut. After which, he attended Columbia University in New York City where he studied political science and economics. Despite having to take time off from school on numerous occasions in order to continue acting professionally in film and television,
Spencer received his Bachelor's Degree from Columbia in the spring of 2010. His older sister, Eliza Clark, is a
successful playwright and screenwriter. Spencer now predominantly resides in Los Angeles.
We're Going to Glendora, CA Where Cathleen Newman Will Tells Us About The Parlour Wine Bar & Bistro!

The Parlour Wine Bar & Bistro is the hottest new destination in the San Gabriel Valley to dine with wine. The menu is California eclectic, changes routinely & is best described as food that pairs perfectly with wine. The by the glass list features 30 whites & reds & imported beer. The Parlour also features a wine shoppe with over 250 wines all at competitive prices. Monthly 6 course wine dinners, with a focus on food & wines from various appellations.
Cathleen has over 6 years experience in business ownership and management. As a Glendora resident for nearly 20 years, she understands the needs and trends of the community. A love for food and wine is the driving behind The Parlour. "I am so excited to introduce The Parlour to the community, the food menu and wine menu are something Glendora hasn't seen before in this area, now everyone won't have to drive out of the city to get this quality of food and wine, I'm bringing it to you"
Don't forget to "Like" CRN's Facebook Page: http://www.facebook.com/crntalkAnd "Like" Our What's Cookin' Today Page, too! http://www.facebook.com/pages/Whats-Cookin-Today-Radio-Show/180963171920067
Email ThisBlogThis!Share to TwitterShare to FacebookShare to Pinterest
Newer Post Older Post Home