Mary McCormack is Mary Shannon in the third season of the hit USA Network original series IN PLAIN SIGHT, which premiered on its NEW night, Wednesday, March 31 at 10/9c.  One of today’s boldest and most versatile actresses, McCormack continues to challenge herself with roles that often defy Hollywood standards and bring to light the complex lives of ordinary women. She has shown her immense talent working in film, television, and on stage, and has tackled roles ranging from slapstick comedy to intense drama.  McCormack’s breakout performance, opposite Howard Stern in “Private Parts,” won her universal critical acclaim. She followed that film with a highly successful run opposite Alan Cumming as Sally Bowles in the Sam Mendes and Rob Marshall-directed Broadway production of “Cabaret” for the Roundabout Theatre Company.  She returned to the Broadway stage last year in “Boeing-Boeing,” starring alongside Christine Baranski, Mark Rylance and Bradley Whitford. Marc Camoletti’s classic sixties comedy earned McCormack a 2008 Tony nomination for “Best Performance by a Featured Actress in a Play.”   McCormack was recently seen in “Right at Your Door,” playing the role of a wife separated from her husband after an attack on Los Angeles contaminates the entire city. In addition, she appeared as a series regular on NBC’s award-winning program “The West Wing” and as a recurring character on the critically acclaimed NBC series, “ER.”

Did you know that women purchase 65% of all new cars and 53% of used cars. It's estimated that 65% of women take their vehicles to a repair shop for service. Whether it's buying a new car, repairing "old reliable" or dealing with a recall, drivers need to know their cars better than ever before. And now, more than ever, women are in charged with keeping their cars running.  Jody DeVere is the Founder of AskPatty.com-a unique website designed for women to answer questions cars. She isalso the author of the Automotive Advice for Women blog and President of Women's Automotive Association International. Jody knows her way around the garage . Jody will also explain what makes a service station or dealer "Certified Female Friendly." 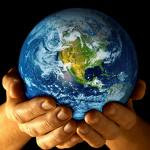 The 40th Anniversary of Earth Day is April 22! And just in time for the big day comes the release of the ultimate consumer guidebook called "JUST GREEN IT." Ron and Lisa Beres are certified green building professionals (CGBP), Building Biologists (BBEC) and owners of the popular Web site http://www.greennest.com/ Ron and Lisa have appeared on The Today Show with Matt Lauer, The Doctors, Fox and Friends, Discovery/Planet Green's Greenovate, Chelsea Lately, Living Well with Montel Williams, and Lisa is a green correspondent for the Sally Jessy Raphael Radio Show. Their consulting business includes celebrities as well as Fortune 1000 companies. They live in the Los Angeles area. Please visit them at http://www.greennest.com/

Larry is live from his research facility in Costa Rica and talks about wines around the world and some interesting stories you may not have heard. Larry checks out international wines and this veteran wine expert also talks about wine & food pairings  For more than 50 years Larry was the food critic for the Daily News in Los Angeles.
Email ThisBlogThis!Share to TwitterShare to FacebookShare to Pinterest
Newer Post Older Post Home