TECH THAT WAS CREATE TO HELP KID WITH CANCER AT CES

CES is the world's biggest technology show where inventions are presented for the first time on a global stage and next-generation innovations are introduced to the marketplace. It’s an amazing event, where the best-of-the-best inventions receive awards for their potential to change the world.   On January 9th, we have a special interview about one the CES award-winning inventions. You’ll learn about a new robotic duck that is specifically designed to help kids with cancer face the challenges and side effects of treatments.

You’ll be speaking High-Tech Inventor Aaron Horowitz, who will share how he created this award-winning invention and how it will help ease the pain and side effects of childhood cancer, he will be joined by Catherine Blades of Aflac.

Aflac has donated more than $120 million to fighting childhood cancer.  Thanks to the dedication of doctors, brave patients and the work of organizations like the Aflac Cancer and Blood Disorder Center the cure rate for childhood cancer is now almost 90 percent, up from only 20 percent. 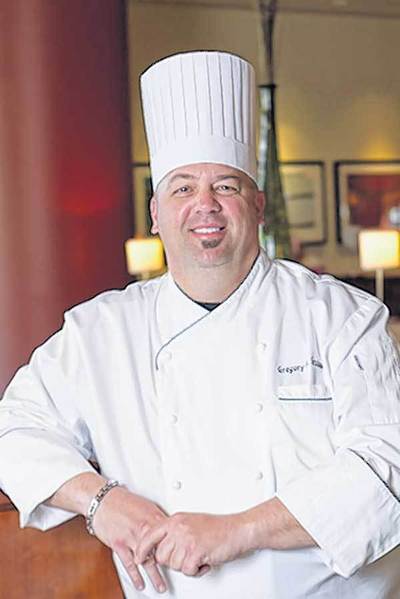 Gregory P. Grohowski was born and raised in the Michiana (Southern Michigan and Northern Indiana) area of the Great Lakes Region, Midwest United States.  While working as a culinarian through high school and college, Gregory enrolled in Paragon Restaurants Corporation’s chef apprentice training program at the Studebaker Mansion and Tippecanoe Place Restaurant (National Historical Landmark). After successfully completing his apprentice program at age 23, Gregory was hired as the head restaurant chef for Paragon Restaurants, Inc., Steak and Seafood Division.  During this period, Gregory earned third place in the professional division at the annual “Grand Rapids Chocolate Lover’s Festival”.

After two seasons in the Mackinac Island, Gregory was offered the position of Assistant Banquet Chef at the Grand Hyatt Kauai Resort and Spa.  A few years later hurricane Iniki blew Gregory to the Five Diamond Hyatt Regency Maui Resort and Spa.  With the addition of Hyatt Regency Maui, Hawaii, he was awarded the position of Executive Chef for the Five Diamond Wind Star Sail Cruises, a division of Holland American Cruise Line Corporation.  During his employment, Gregory worked with nationally recognized Chef/Owner of Los Angeles’ Patina Restaurant Group, Joachim Splichal to impletment a new food program for Wind Star Cruises. This opportunity took him to some thirty Islands of the Caribbean and the South Pacific Islands of Tahiti, French Polynesia.

Working throughout the Caribbean and Tahiti, French Polynesia, with Wind Star Cruises, Gregory returned to the Grand Hyatt Kauai Resort and Spa where he was appointed to Executive Sous Chef.  Overseeing 160 kitchen and stewarding personnel, the kitchens produced some 2500 meals per day. After a four year period Gregory was appointed to the Hyatt Lake Las Vegas resort as the Executive Sous Chef.  After the Hyatt Lake Las Vegas Resort and Spa, Gregory was called to the Hyatt Westlake Plaza as the Executive Chef, as well as the Hyatt Regency Monterey to oversee the hotel’s food operations. Currently, Gregory has returned to Hyatt Regency Maui as the Executive Chef.