The Seattle Wine and Food Experience (SWFE) reaches new heights February 20-21. More than 200 vendors including 50 chefs, 500 wines, mixologists, distillers and cider and brew masters come together for a weekend of affordable indulgence and delicious experiences.

Chef Thoa Nguyen of Chinoise Restaurants and Chef Roy Breiman of Copperleaf both winners of Beat Bobby Flay on the Food Network, will serve signatures bites throughout the weekend. A new saber competition kicks off Pop! Bubbles & Seafood (Feb. 20) where attendees will turn up the volume in a friendly competition between Chef Thierry Rautureau and Sommeliers Jake Kosseff of Miller’s Guild, Jeff Lindsay-Thorsen of RN74 and Leslie Kelly of All Recipes.

The Seattle Wine and Food Experience Grand Tasting (Feb. 21) is best approached with a plan in hand. Between your sips gather some tips from experts, enjoy photo fun in the Click 98.9 photo booth, pose with chef and winemaker celebrities for your Instagram feed #seattlewinefood and enter to win your next getaway.

At the first stop, Dustin Haarstad, founder of Blind Tiger Cocktails and mixologist at Cannon Whiskey & Bitters Emporium in Seattle’s Capitol Hill, debuts a signature cocktail in the Celebrity Cruises Modern Luxury Lounge. Imagine yourself on board a Celebrity Cruise ship and enter to win a 7-day Alaskan cruise.

Local celebrity Tim Kennedy, yes, the guy who started Tim’s Chips has carved out an hour to greet fans and autograph limited edition bags of Tim’s chips to commemorate the brand’s 30th anniversary. Don’t forget to enter a chance to win your one-year supply of Tim’s chips.

Love to travel? Spend time grazing in the Northwest Travel Experience where you’ll find Northwest destinations from Alaska to Oregon showcasing culinary tourism.  Explore wine from the West Coast with well-marked areas for Washington, Oregon and California. In the QFC Advantage Reserve Lounge Wine Stewards are standing by to pour more than a dozen hand-selected wines including Spring Valley Vineyard’s Frederick Red Blend, Tenet The Pundit Syrah and Clos du Bois Chardonnay. Start planning your next trip to wine country at this year’s featured region showcasing the craft beverage and food scene from the Yakima Valley. Capture the flavor of this booming region and meet the personalities as you enter to win a two-night get-a-way courtesy of Yakima Valley Tourism.

Get the most out of this tasting weekend and attend both events with the SWFE Weekend Pass on sale at seattlewineandfoodexperience.com. This is a 21-year or over event, all admitted must have a valid I.D. No children or babes-in-arms will be admitted.

About Seattle Wine and Food Experience
The Seattle Wine and Food Experience is a deluxe showcase for wine, beverage, food and lifestyle in the Northwest featuring more than 500 wines from the Northwest and beyond. For a complete list of participating vendors and the wide variety of products to sample at this years event, please visit seattlewineandfoodexperience.com. 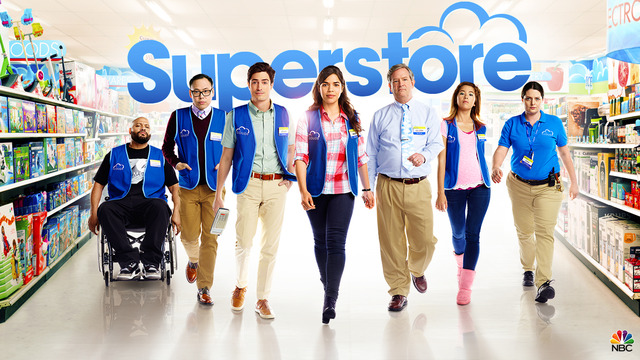 McKinney has performed in, written and produced some of the most sophisticated
and groundbreaking television in North America. He has worked with Lorne Michaels on “Saturday Night Live” and Aaron Sorkin on both “Sports Night” and “Studio 60 on the Sunset Strip.”

As co-creator, writer and ensemble cast member of “The Kids in The Hall,” seen on CBC, HBO and CBS, McKinney was nominated for three Emmy Awards for writing.  He followed “Kids” (1988-94) with three seasons on “Saturday Night Live” as both a principal cast member and staff writer. “Kids” later returned to television in 2010 with the raucous miniseries “Death Comes to Town.”

With Susan Coyne and Bob Martin, he co-wrote the international hit “Slings and Arrows.” The
team won the 2006-07 Gemini Awards for writing and McKinney also took home a Gemini Award in two acting categories. “Slings and Arrows” was soon after syndicated in the U.S. by the Sundance Channel.

Following “Studio 60 on the Sunset Strip,” McKinney served as showrunner of Canada’s biting “Less Than Kind” where he won a Canadian Comedy Award for Best Directing on the series.

On the small screen, McKinney has also appeared on “3rd Rock From the Sun,” “Wanda at Large,” “Corner Gas,” “Kevin Hill” and “Spun Out.” His feature films include Guy Maddin’s “Saddest Music in the World” and Scott Smith’s “Falling Angels,” which garnered him an ACTRA Award nomination for Outstanding Performance by a Male. Other features include “The Ladies Man,” “Superstar,” “The Out of Towners” (with Goldie Hawn and Steve Martin), “Spice World” and “Dog Park.”

As a writer and producer, McKinney has series in development with CBC and served as executive producer on “Picnic Face,” a 13-part series that aired on the Comedy Network. He continues to perform standup in L.A. and tours with the ever-popular and iconic Kids in the Hall.

ABOUT SUPERSTORE:
America Ferrera (“Ugly Betty”) and Ben Feldman (“Mad Men,” “A to Z”) star in the hilarious workplace comedy “Superstore” (from the producer of “The Office”) about a unique family of employees at a super-sized megastore. “Superstore” centers around Amy (Ferrera), the store’s most stalwart employee as well as the glue holding the place together, and newly hired Jonah (Feldman), a naive dreamer determined to prove work doesn’t have to be boring. Their fellow associates include the sardonic Garrett (Colton Dunn, “Key and Peele”) the ambitious Mateo (Nico Santos, “Mulaney”) and the sweet pregnant teenager, Cheyenne (Nichole Bloom, “Shameless”). Overseeing them all are Glenn (Mark McKinney, “Kids in the Hall”) the store’s affable, clueless store manager, and Dina (Lauren Ash, “Super Fun Night”), the aggressive assistant manager who lives by a very specific code — namely the store’s employee handbook.

From the bright-eyed newbies and the seen-it-all veterans to the clueless summer hires and the in-it-for-life managers, together they hilariously tackle the day-to-day grind of rabid bargain hunters, riot-causing sales and nap-worthy training sessions.