Larry Manetti started acting in his hometown of Chicago. After studying acting with the Ted List Theater Players, Larry drove to Los Angeles in 1972. Larry landed an agent and was sent to Universal Studios to audition for an opening as a contract player. Luck was on his side. Jack Webb was casting a new series for NBC called The Chase. Larry played a young detective. After attending acting school at Sal Dano's at night and doing bit parts by day, he scored. Baa Baa Black Sheep was being produced and cast at Universal, and the now famous writer Stephen J. Cannell was the executive producer and the role was a natural for Larry. He was cast as a cocky, hot shot pilot named Bobby Boyle. The show was a big hit for NBC but was cancelled within two years. Because the network was so impressed with Larry's on-screen presence, they cast him in a new series called The Duke. Bad luck! The Duke was cancelled in one year. Larry was back to playing whatever Universal told him to. Hoping to catch lighting in a jar, along came Magnum, P.I. and the role of Rick. This was his elevator...the show became a mega-hit for 8 years. Since Magnum, P.I., Larry has done co-starring roles in 25 feature films and guest starred on many hot TV shows. Larry is the author of a book titled Aloha Magnum. 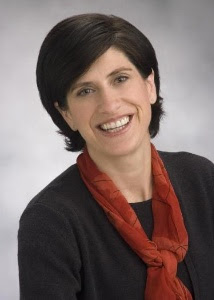 Honore Comfort, joined the Sonoma County Vintners as Executive Director in 2006.  Formerly with Foster’s Wine Estates, Ms. Comfort brings an extensive background in wine marketing, consumer marketing, and not-for profit management to the organization.  As Group Brand Manager for Luxury Imports for Fosters, Ms. Comfort was responsible for marketing major wine brands to the North American market including Penfolds and Wynn’s along with other boutique luxury brands.  Prior to the merger with Foster’s, she managed the Rosemount Estate brand for Southcorp Wines and was responsible for a 2 million case business in the US, Canada, and Latin America. She started her wine career as Director of Marketing for a small, family owned winery in Sonoma County’s Dry Creek Valley.

Ms. Comfort gained her marketing and advertising expertise while working as Director of Print Media for Macy’s West in San Francisco.  Her career also includes four years as a successful strategic planner and corporate fundraiser for the Art Institute of Chicago, and other non-profit museums and institutions around the United States. Honore has a Master of Business Administration and a Master of Arts Administration both from Southern Methodist University in Dallas, and a Bachelor of Arts in Art History from the University of California, Berkeley.  Ms. Comfort lives in Healdsburg with her husband, and together they manage their micro-vineyard of 40 year-old Dry Creek Valley Cabernet.