Actress Debi Mazar and her Tuscan-born husband, Gabriele Corcos, invite viewers into their home and kitchen in the new series Extra Virgin. She’s a modern girl from Queens and he’s a food purist from the hills of Tuscany and, with their young daughters Evelina and Giulia, they have a home life that blends their two opposite sensibilities, with delicious results.

Debi Mazar is an acclaimed actress who made her feature-film debut in Martin Scorsese’s Goodfellas. A native New Yorker, she’s best known for her portrayals of edgy, sharp-tongued characters on film, television and stage. Her onscreen work includes films with legendary directors Woody Allen, Michael Mann, Oliver Stone and Joel Schumacher. She also starred in her own television sitcom, Temporarily Yours. Debi is most recently known for her role as hard-charging publicist Shauna on the HBO series Entourage, in addition to appearing on season nine of the hit ABC competition series Dancing with the Stars. She has always been interested in cooking and is well-known among her friends for her fabulous dinner parties. Debi’s passion for food and cooking has grown even further since marrying Gabriele and becoming a mother to their two young daughters.   Debi latest movie is "Squirrels to the Nuts" with Jennifer Anniston and Owen Wilson.

Gabriele Corcos is a musician by trade and cook by nature. Born in Florence, Italy, he was raised in the Olive Country of Fiesole, where his grandmother and mother taught him everything he knows about Tuscan food and traditional farmers’ cuisine. He has an insatiable fascination with food, a love for organic ingredients and a determination to feed his family in the healthiest, most natural way — the Tuscan way. As a professional percussionist and musician, Gabriele has worked with Perry Farrell (Jane’s Addiction), Dave Stewart and Annie Lennox (The Eurythmics) and Nuno Bettencourt (Extreme). Bossa Toscana is his current band, and he also recently led a 13-piece big band, The Gabop Latin Orchestra. 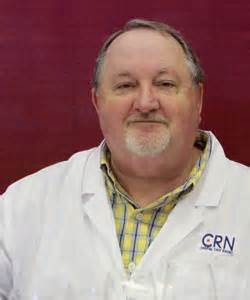 In this Tuesday, Oct. 29, 2013 photo, patterns inspired by Sonoma County flowers are shown on a custom-woven carpet inside the Graton Resort and Casino in Rohnert Park, Calif. The Las Vegas-style Indian casino is set to open in California's wine country, the culmination of years of planning and legal battles. The $800 million casino opens November 5 and features four full-service restaurants, nine casual dining choices and three lounges in the 340,000 square foot resort.