Founded in 2005 by broadcast journalist Bill Kurtis, Tallgrass Beef Company is the industry leader in the production of grass-fed, grass-finished beef in the United States. After purchasing his 10,000 acre ranch near the town of Sedan, Kansas, Kurtis was compelled to find a sustainable method of raising cattle that was not only good for the environment, but also the animals themselves and the American food consumer. This was the genesis of Tallgrass Beef Company.

Today Tallgrass Beef Company is comprised of a network of family farmers and ranchers across the United States that produce grass-fed, grass-finished cattle according to a strict set of protocols. These stringent standards ensure that food consumers are buying the safest, healthiest, most nutritious beef possible. Tallgrass Beef is a favorite among consumers seeking a healthy, humane source of beef.

Much like the cattlemen of the old west, Bill Kurtis started Tallgrass Beef with a vision of a healthy, sustainable, delicious beef source for the American consumer. With a steady annual growth rate and a loyal customer following, Tallgrass Beef Company provides customers with a sustainable alternative to traditionally raised and processed beef. 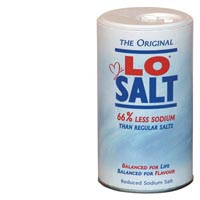 With a background in biochemistry, food science, and catering, Caroline Klinge is the consumer spokesperson for LoSalt®. A reduced sodium salt alternative that contains 66% less sodium than table salt, LoSalt is manufactured at Caroline’s family company Klinge Foods Ltd in Glasgow, Scotland.

Consumers of all ages are making the healthy and happy switch by choosing LoSalt, a blend of two naturally occurring mineral salts – Potassium Chloride and Sodium Chloride – that form an alternative that retains the look and taste of conventional table salt. LoSalt contains 66% less sodium than regular table, sea, and rock salts and its great taste makes it an ideal salt alternative for all types of cooking and use on the table. As with regular salt, it should be used sparingly in cooking and baking.

Since launching in the US in 2009, LoSalt sales have grown rapidly and it is now sold in over 4,500 stores across the U.S.  at supermarkets and natural food retailers including Safeway, Vons, Pavilions, Tom Thumb, Randall’s, Whole Foods Market, H-E-B, Basha’s, Shoppers Warehouse, Farm Fresh, BI-LO, Shaw’s, Shop Rite, and in the natural foods aisle of Kroger stores (including Ralphs, QFC, Fred Meyer, Smiths and Fry’s). www.losalt.com 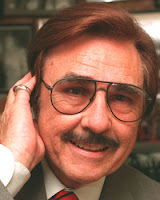 Gary Owens (born May 10, 1936) is an American disc jockey and voice actor. His polished baritone speaking voice generally offers deadpan recitations of total nonsense, which he frequently demonstrated as the announcer on Rowan and Martin's Laugh-In. Owens is equally proficient in straight or silly assignments and is frequently heard in television, radio, and commercials. He is best known, aside from being the announcer on Laugh-In, for providing the voice of the Space Ghost on Space Ghost. He also played himself in a cameo appearance on Space Ghost Coast to Coast in 1998. Likewise, Owens provided the voice of Roger Ramjet on The Roger Ramjet Cartoons. He is currently the primary voice of the over-the-air digital network Antenna TV.
Email ThisBlogThis!Share to TwitterShare to FacebookShare to Pinterest
Newer Post Older Post Home