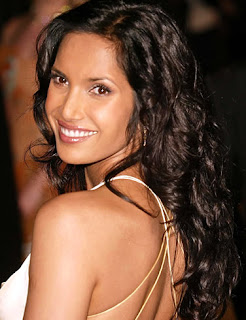 Host of the hugely popular and critically-acclaimed “Top Chef”, Padma Lakshmi, already internationally renowned as an actress and award-winning writer, was nominated for a Primetime Emmy Award as "Outstanding Host on a Reality-Competition"; and in 2010, "Top Chef" won the Emmy Award for "Outstanding Reality-Competition Program".  The author of two cookbooks, including award-winning debut "Easy Exotic" (winner of the International Versailles Prize for Best First Cookbook) and "Tangy, Tart, Hot & Sweet" (which is filled with more than 150 recipes from around the world and intriguing personal memoirs), Padma has also played herself on "30 Rock" and performed as Princess Bithia in the mini-series "The Ten Commandments" alongside Omar Shariff, Naveen Andrews, and Dougray Scott. Padma has also appeared in “BBC America's” mini-series "Sharpe's Challenge" (based on Bernard Cornwell’s bestselling novel) opposite Sean Bean as the beautiful Indian courtesan Madhuvanthi who becomes a ruler defending her Rajasthani province from Sharpe and the British Empire. On the silver screen, Padma joined Dylan cDermott and Aishwarya Rai in the feature film "Mistress of Spices."  Originally known as the first internationally successful Indian supermodel, Padma Lakshmi began modeling while an exchange student in Spain after being discovered by a modeling agent while sitting in a café. Since then, Padma has appeared in numerous fashion editorials and walked the runway for the likes of Ralph Lauren, Emmanuel Ungaro, and Alberta Ferretti and starred in campaigns for Versus and Roberto Cavalli. In addition, Padma’s fifth jewelry collection of The Padma Collection line is now available at Bergdorf Goodman.
Chef Zach Calkins - Sandwich Specialist QUIZNOS 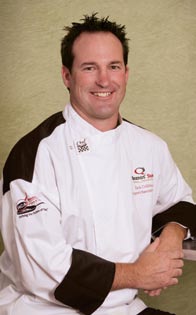 Summer is here and the heat is on!  Chef Zach Calkins, Sandwich Specialist, has cool sandwich ideas that won’t have you breaking a sweat no matter how hot it gets. No matter what you are doing this summer – from a road trip with the kids to a day at the beach - Chef Zach has the sandwich recipe to satisfy your summer cravings one bite at a time.  During the tour he will inspire your viewers/listeners by creating the perfect summer sandwich for any occasion  Zach Calkins, Sandwich Specialist and Quiznos SVP of Culinary Innovation, brings a dozen years of talent, knowledge, passion and food innovation to sandwiches.  Over the past nine years with Quiznos, Zach has been responsible for several of their most high-visibility menu innovations on a National and International front that have become hallmarks of the brand.   While Mr. Calkins began his education in his childhood home watching his mother create flavorful, nourishing meals for the family, he received his formal culinary degree at the New England Culinary Institute in Essex Junction, Vermont.
Bill Nye - The Science Guy 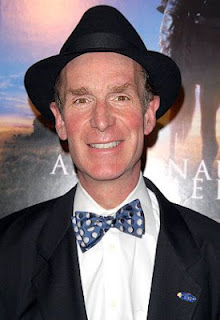 For most kids, summer vacation translates into 100 days of sun and fun, with minimal time spent on learning. And that can have a big impact on just how prepared they are to head back to the classroom in fall. It’s estimated that kids lose as much as 40 percent of what they learned the previous year during the summer break. Bill Nye, the Science Guy will talk about how to keep kids engaged and yes, even entertained and as they fight “summer brain drain.” Bill Nye, scientist, engineer, comedian, author, and inventor, is a man with a mission: to help foster a scientifically literate society, to help people everywhere understand and appreciate the science that makes our world work. Making science entertaining and accessible is something Bill has been doing most of his life. Bill’s fascination with how things work led him toCornell University and a degree in Mechanical Engineering. After graduation, he headed for Seattle and work as an engineer at Boeing. It was in Seattle that Bill began to combine his love of science with his flair for comedy, when he won the Steve Martin look-alike contest and developed dual careers as an engineer by day and a stand-up comic by night. “I’ve never met Mr. Martin, but I’d love to. He created this tension during which the audience had to choose to laugh. So, the laughs were deep and real, like you had to be there- but you were,” says Bill. Eventually, Bill quit his day engineering day job and made the transition to a night job as a comedy writer and performer on Seattle’s home-grown ensemble comedy show “Almost Live.” This is where “Bill Nye the Science Guy®” was born. The show appeared before Saturday Night Live and later on Comedy Central, originating at KING-TV, Seattle’s NBC affiliate. With fellow KING-TV alumni Jim McKenna and Erren Gottlieb, Bill made a number of award-winning shows, including the show he became so well known for, “Bill Nye the Science Guy.” While working on the Science Guy show, Bill won seven national Emmy Awards for writing, performing, and producing. The show won 18 Emmys in five years. In between creating the shows, he wrote five kids’ books about science, including his latest title, “Bill Nye’s Great Big Book of Tiny Germs.” Bill Nye is the host of three currently-running television series. “The 100 Greatest Discoveries” airs on the Science Channel. “The Eyes of Nye” airs on PBS stations across the country. 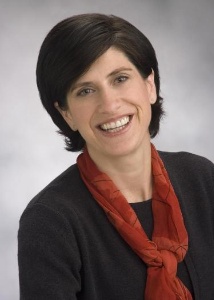 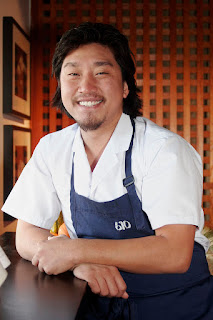 One of the world’s first celebrity chefs and his never-before published recipes are going social, bringing southern cooking to homes across the nation. Forty years after it was written, KFC is releasing the full autobiography of founder Colonel Harland Sanders on the restaurant’s Facebook page. Discovered by chance last November in the company’s archives, the book includes 33 unpublished recipes, historic photos and a rare look into the Colonel’s life.  Join Celebrity Chef Edward Lee live from his kitchen in KFC’s hometown of Louisville, KY, as he shares his modern twist on some of the Colonel’s classic southern comfort recipes including:  Fried Tomatoes , Chicken Brunswick Stew,  Upside Down Peach Cobbler  Chef Edward Lee is a nationally recognized chef & owner of 610 Magnolia in Louisville, Kentucky.  It is no accident that this Brooklyn native found his way to Louisville.  In 2003, he first traveled to Louisville to work with former chef/owner Eddie Garber.  Lee was so impressed with 610 Magnolia and Kentucky’s local farms that he returned the next year to make the place his own. With Chef Lee at the helm, 610 Magnolia has been revitalized and is once again praised as the fine dining destination of the region.  Chef Lee was the featured chef in a 16-page article in the October 2009 issue of Gourmet Magazine naming him one of the premier chefs of the country.  His accolades and recipes have also appeared in Bon Appetit, Food & Wine, The New York Times Magazine, Saveur, Garden & Gun, GQ, Esquire, Southern Living and many other national publications.  He has been featured on CBS The Early Show, BBC’s The World, Martha Stewart Living Channel, Mo Roca’s Foodography; and speaks on panels from the American Cheese Society to The Sierra Club.  In November 2010, he won the Iron Chef America competition going against Iron Chef Jose Garces in an episode that featured the secret ingredient “Tongues and Cheeks.”  In 2011 and 2012, he was a Finalist for The Best Chef Award Southeast from the prestigious James Beard Foundation.  Chef Lee is currently working on a cookbook to be published by Artisan Books with a release date of spring 2013.
Don't forget to "Like" CRN's Facebook Page
And "Like" Our What's Cookin' Today Page, too!
Email ThisBlogThis!Share to TwitterShare to FacebookShare to Pinterest
Newer Post Older Post Home