The Legend, Kenny Rogers Tells Us About His Latest Album, "The Love of God." 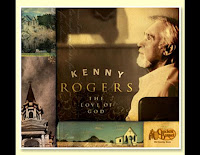 By now, Kenny Rogers, has become such a living legend that it’s easy to forget how he got there. Having recorded more than 65 albums which have sold over 120 million records worldwide during his 52 years in show business, Rogers is an American Icon who is in the same league as The Beatles, Elton John and Elvis Presley. Rogers has received hundreds of awards for his music and charity work, including three Grammys, 11 People’s Choice Awards, 18 American Music Awards, eight Academy of Country Music awards and five Country Music Association awards. Remaining a popular entertainer around the world, Rogers, voted the “Favorite Singer of All-Time” in a 1986 joint poll by readers of both USA Today and People, still loves touring and recording new music.

His long list of smash country and pop hits includes an impressive 24 #1’s. He is the voice of such timeless classics as “The Gambler,” “Lucille,” “Coward Of The County,” “Lady,” “Through The Years,” “She Believes in Me,” “Islands in the Stream,” and “We’ve Got Tonight.” Very few artists have enjoyed successful careers in such a variety of genres as Rogers – jazz, folk, rock, country and pop. His songs have universal appeal and his sweetly raspy vocals are instantly identifiable. He sounds like nobody else. More importantly, he inhabits each song, making it vivid and tangible. For five decades, Rogers has delivered memorable songs, drawing fans from many different backgrounds. “I really, really love what I’m doing,” Rogers says. “People survive longer if they love what they’re doing. Because you just don’t quit.”

And now, Kenny Rogers will become the first artist to release a second album through the Cracker Barrel Old Country Store® exclusive music program when “The Love of God” becomes available on March 7, 2011. The CD is an inspirational collection of classic songs that Rogers remembers from his childhood along with new recordings of contemporary songs. This touching CD, certain to spark old memories and create new ones, will be available exclusively at all Cracker Barrel locations and online.

For more info on this album, go to http://shop.crackerbarrel.com

Aml ("Ah-mel") Ameen Talks About His Role Opposite Kathy Bates in “Harry’s Law” as Malcolm!

Ameen began his career at the age of 7 when he attended the Barbara Speake Stage School in West London where he showed a passion and talent for dancing, singing and acting. He landed his first TV role in the British children’s series, “123 Hullabuloo.” At age 11, Ameen starred in his first stage role, playing young Sammy Davis Jr. in the West End production of “Jolson.” He went on to a leading role in the West End musical, “Oliver” and continued with many stage performances including touring with his own choreographed tap dance and performing with Michael Jackson at the 1996 Brit Awards with Jarvis Cocker.
Upon graduation, Ameen landed the coveted role of Trife in the cult classic British indie film “Kidulthood.” His highly acclaimed performance and the film’s rave reviews earned Ameen a nomination for Best Newcomer at the 2006 Screen Nation Awards, as well as a spot in The London Times’ list of best new actors of the year. Ameen also won the 2007 Screen Nation Award for Best Actor on the BAFTA Award-winning hit series “The Bill.”
Before venturing to Hollywood earlier this year, Ameen returned to the London stage to star in three plays simultaneously off the West End. His portrayals of three very different characters once again earned him critical reviews. In the play “Detaining Justice,” Ameen played the title character “Justice,” a Zimbabwean asylum seeker fleeing persecution for his political views. In “Category B,” he portrayed a convicted rapist who finds his faith in prison, and in “Seize the Day,” he played an intellectual street kid, likened to Tupac Shakur.
Along with his acting career, Ameen has set up his own production company with his first feature screenplay already optioned by Revolver. He plans to continue with both acting and directing, while spending as much time in Los Angeles as possible.
For more info on Harry's Law, check out their website at www.nbc.com/harrys-law/
What's Cookin' Today Hour TWO:
Barry Lynn, the Cheese Impresario Will Help Us Pair Artisanal Cheese with Exotic Cocktails - Like Brazil’s National Cocktail, the Caipirinh!

Cultivating cheese enthusiasts with a passionate hand-to-mouth approach, Barrie Lynn - The Cheese Impresario is a leading educator on all things cheese. Her uninhibited style and engaging personality afford fun and innovative ways to discover and enjoy the complexities of artisanal cheese.
A former advertising executive with a love of food and wine, she took a client to a Slow Food fundraiser. It was there her passion for artisanal cheese was born. Meeting these cheesemakers, and tasting the diversity and nuance of their cheeses, Barrie Lynn decided her mission is to educate others about the pleasures of cheese.
Barrie Lynn has produced and taught cheese tasting events around the country, including Disney’s California Food & Wine Festival, Wine Spectator’s New York Wine Experience, the Ministry of Rum San Francisco Rum Festival, the Los Angeles Times Celebration of Food & Wine, Denver International Wine Festival, and Great Tastes Culinary Festival in Baltimore.
Her passion for cheese was brought to the stars of Hollywood via her personally hosted Cheese Tasting Adventure Parties for the Oscars, Emmys and the Golden Globe Awards. She has led cheese tastings for celebrities like Oscar winners Three 6 Mafia, Curb Your Enthusiasm’s Jeff Garlin, Actor/Musician Terrence Howard, NFL star Shaun Phillips, musicians Slash, Dee Snyder, and Jason Bonham, as well as the cast & crew of Showtime’s hit TV show WEEDS.
Barrie Lynn – The Cheese Impresario writes the "Cheese Matters" monthly column in The Beverly Hills Times and she is the cheese pairings columnist for Mutineer Magazine. The Cheese Impresario has been featured in USA TODAY, VARIETY, Wine Spectator, The Hollywood Reporter, Daily Candy, the popular food blog EatingLA, KGO TV, KTLA TV and E! Entertainment.
Her educational and entertaining show, CHEESE RULES, hosted by Barrie Lynn - The Cheese Impresario, is dedicated to increasing pleasure by educating viewers on all things cheese including entertaining, cooking and pairings with wine, beer, fine sake, spirits and cocktails. Here's a link to the show: http://www.smallscreennetwork.com/cheeserules/
Barrie produces and stages cheese events at unique venues and festivals throughout the country.
More information can be found at her website: http://www.thecheeseimpresario.com/
Laura Innes Tells Us All About Her Role As Sophia Maguire on NBC's "The Event!" 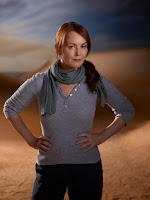 Laura Innes stars as Sophia Maguire, the leader of a mysterious group of detainees being held at a top-secret facility. She becomes a critical liaison to President Elias Martinez (Blair Underwood) amidst a huge government cover up, in NBC’s new high-octane conspiracy thriller “The Event.”
Recognized for her talented work in front of the camera as well as behind the lens, Laura Innes is a three-time Emmy Award nominated actress and director.
Innes is best known for her work as the skilled but abrasive Dr. Kerry Weaver on the long-running hit show “ER.” She joined the acclaimed NBC medical drama in its second season, and her recurring role led to being cast as a series regular at the start of the third season. She received two Emmy nominations for her portrayal, as well as three Screen Actors Guild Awards as part of the “ER” ensemble, and has received five nominations for Best Supporting Actress from Viewers for Quality Television. In January 2007, Innes left “ER” after 12 seasons, becoming the longest-serving cast member in the show’s history. She returned to “ER” for two episodes (including the series finale) during the series’ 15th and final season.
Also a seasoned television director, Innes garnered an Emmy nomination for directing “The West Wing.” She has also directed various popular shows, including several more episodes of “ER” as well as episodes of “Brothers & Sisters” and “House.”
Innes’ additional TV and film acting credits include the Emmy-winning cable film “And the Band Played On,” as well as the NBC hit comedy series “Wings,” where she played the lovable but promiscuous ex-wife Bunny from 1991-93. Innes co-starred in the blockbuster apocalyptic film “Deep Impact,” and with fellow “ER” castmate Noah Wyle in “Can't Stop Dancing.”
Innes began her acting career in the theater. She performed in her first major play at Chicago’s renowned Goodman Theatre, where among other roles she played Stella with John Malkovich’s Stanley in “A Streetcar Named Desire.” Other major stage credits include “Two Shakespearean Actors” with Eric Stoltz at Lincoln Center, “Our Town” at the Seattle Repertory Theatre, and “Three Sisters” at the La Jolla Playhouse in San Diego.
Innes resides in Los Angeles with her family and is a graduate of Northwestern University.
For more info on The Event, go to http://www.nbc.com/the-event/
The Bubba Gump Shrimp Company's Harold Mabile Tells Us About Mardi Gras At Bubba Gump's in New Orleans! 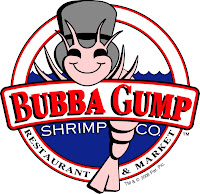 The Mardi Gras celebration in the French Quarter is like nowhere else in the world. New Orleans isn’t the only city to host the revelry filled celebration, but it’s arguably the best. The season begins officially in January, but the real celebrating kicks off the Friday before and builds to a breathtaking climax on Fat Tuesday.
As a restaurant in the French Quarter, the Bubba Gump Shrimp Company is thoroughly enjoy hosting folks from all over the city and the world! It’s a time where folks typically step outside of their normal lives dress up in zany costumes and lose themselves for a while in revelry. Oh, the costumes! Last year the big thing was obviously all about the Who Dat Nation. It was a sea of Black and Gold! It will be interesting to see the popular themes this year. The party-goers enjoy engaging with the restaurant guests and often stop by and show off their fun costumes and special catches from the parades.
One of the things that makes New Orleans Mardi Gras so interesting is the fact that you can take your drink to go. This year the Bubba Gump Shrimp Factory has a delicious drink called the Mardi Gras Madness that is perfect for parade watching.
Lots of folks stop by for a meal or drink on the way to the parade route. The restaurant's balcony is a great place for people watching. There are no major parades that will pass in front of the restaurant, but that doesn’t mean there isn’t any action!
While Mardi Gras is known most for it’s revelry and sometimes questionable behavior, it is still a time for local families to gather. It’s not uncommon to see families camped out on the neutral grounds with blankets, tents & LADDERS!
The Bubba Gump Shrimp Co. is a great family friendly restaurant with a great kids menu and an engaging environment. They provide top quality seafood, a fun interactive experience and an environment that brings the movie Forrest Gump to life. Their prime location in the historic French Quarter on Decatur Street is conveniently located within walking distance of Jackson Square, Jax Brewery, the River Walk, and of course the Downtown parade routes. The restaurant offers two floors of indoor dining, as well as, courtyard and balcony dining. Their enthusiastic staff will keep everyone smiling with trivia questions from the movie Forrest Gump and superb service with an element of fun.
For more info, check out http://www.bubbagump.com/locations/new-orleans/!
Don't forget to "Like" CRN's Facebook Page: http://www.facebook.com/crntalkAnd "Like" Our What's Cookin' Today Page, too! http://www.facebook.com/pages/Whats-Cookin-Today-Radio-Show/180963171920067
Email ThisBlogThis!Share to TwitterShare to FacebookShare to Pinterest
Newer Post Older Post Home