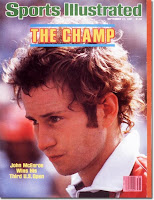 He is best remembered for his shot-making artistry and superb volleying; for his famous rivalries with Björn Borg, Jimmy Connors and Ivan Lendl; for his confrontational on-court behavior which frequently landed him in trouble with umpires and tennis authorities; and for the catchphrase "You cannot be serious!" directed toward an umpire during a match at Wimbledon in 1981. He was inducted into the International Tennis Hall of Fame in 1999, and is regarded as one of the greatest male tennis players of all time.

McEnroe is the older brother of Patrick McEnroe, who is also a former professional tennis player and the former Captain of the United States Davis Cup team, a position in which John served previously. They also both are now often commentators for Grand Slam tennis television coverage in the United States, and John McEnroe is also a commentator on Wimbledon for theBBC. 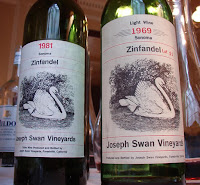 Rod Berglund, a lifelong Sonoma County resident, began his winemaking career in 1979 at La Crema Vinera (predecessor to La Crema). That same year he produced his first Russian River Valley Pinot Noir. Over the years he has made Pinot from many grape growing areas but firmly believes that the Russian River Valley is without peer in the new world for the potential to consistently produce world class Pinot Noir.

A committed terroirist, he believes that wine's first duty is to express a sense of place. In 1987 he joined Joe Swan to help him finish the harvest. The following year he took over the winemaking at Joseph Swan Vineyards and continues to follow in the footsteps of one of California's Pinot pioneers.

Linda Funk Stops by to Give Us the Latest News in Soy Foods! 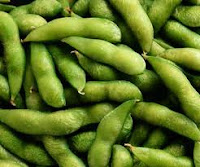 Linda is the executive director of the Soyfoods Council. The Mission of The Soyfoods Council is to serve as a catyalist, leader and facilitator to mainstream soy-based foods into the global marketplace—America and beyond. To mainstream soyfoods: to build the category of soyfoods products by making action-prompting connections between edible soybean growers and food producers, foods distributors, chefs, retailers and eventually consumers.

Summer Glau Stops By to Tell Us About Her New Role on The Cape! 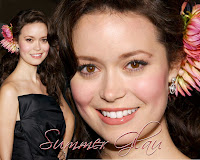 Summer Glau stars as Orwell, an investigative blogger who partners with “The Cape” to wage war on crime and corruption in Palm City on NBC’s drama series “The Cape.” Glau was born in San Antonio, Texas. Throughout much of her young adulthood, Glau trained and performed as a professional dancer until a serious injury forced her to take time to heal. During this time, she discovered a love for acting and made the decision to move to Los Angeles and begin working steadily as an actor and dancer. Her first television credit was a guest role as a ballerina on the television series “Angel,” produced by Joss Whedon. Whedon was so impressed with the young actress’ debut performance that he later cast her in the lead role of River in his new series “Firefly” and subsequently in the Universal feature film “Serenity.” Glau’s career has taken off since; she has worked on various television series including “CSI: Crime Scene Investigation” and “Cold Case.” She has also recurred as Tess Doerner, a paranoid schizophrenic returnee on “The 4400” and on “The Unit” as Crystal Burns. In addition to her television accomplishments, Glau can also be seen starring in the films “Mammoth” and “The Initiation of Sarah.” Glau played Cameron on “Terminator: The Sarah Connor Chronicles.” Based on the Terminator franchise films, the series featured the return of popular characters Sarah and John Connor who befriend Cameron Phillips, the sultry female terminator -- a role written for Glau by series creator Josh Friedman. Since then, Glau has starred in the Lifetime original movie, “Deadly Honeymoon,” based on true-life events and in the Western period drama “The Legend Of Hell’s Gate” opposite Lou Taylor Pucci and Henry Thomas. Recently, Glau shot a lead role opposite Steve Zahn, Peter Dinklage, Ryan Kwanten and Margarita Levieva in the feature film “Knights of Badassdom.”