As nursery owners in Bucks County, Pennsylvania, Walt and Joan Flowers had long dreamed of combining their love of wine with their passion for agriculture. They knew they wanted to produce their favorite varietals, Chardonnay and Pinot Noir; what they didn't know was that their path would eventually lead them across country to Northern California's rugged Sonoma Coast. After responding to a small classified ad in a national wine publication, that's exactly where they landed. In 1989, after many information-gathering trips to Napa and Sonoma, Walt and Joan purchased 321 acres, including a ridge top, high above the Pacific Ocean on the northern Sonoma Coast. With the same determination they drew on to build their successful nursery business; the Flowers proceeded with the dream of producing their favorite cool-climate varietals in a place they believed uniquely suited to growing them. Today, Flowers Winery produces 15,000 cases of Chardonnay and Pinot Noir from its two estate properties, Camp Meeting Ridge and Flowers Ranch, as well as select vineyards in the coolest regions of the Sonoma Coast AVA, which are farmed to Flowers' specifications by their own crews. In addition to direct consumer sales, the wines are sold to fine restaurants and retailers in the US and overseas.

Sangiacomos have always connected to the land—especially through farming. Beginning in Genoa, Italy where a good day’s work started and ended in the field, Vittorio Sangiacomo voyaged to America on the advice of his father and got his first job at age 17 in the vegetable fields at Bay Farm Island in Alameda County, California. For many years, he found industrial work in the booming San Francisco region, but longed to return to working the land. In 1927, he was able to purchase a 52-acre fruit tree ranch in Sonoma.  In 1928, Vittorio married Maria, a hard-working and cordial woman who had also journeyed from Genoa. Together they became the largest pear-producing farmers in Sonoma County. The Sangiacomos had four children who inherited a love for the land and a respect for their role as stewards of that land. This second generation, Angelo, Bob, Buck and Lorraine worked the fields, endured the Depression and pursued a life in the agricultural community as their father had hoped. And their operations continued to grow. Then in 1969, as wine became more integral to the American lifestyle and Northern California appellations gained greater respect, the second generation of Sangiacomos began the switch to planting grapes. By the late 1980s, the conversion from fruit trees to grapes was complete. Vittorio passed away in 1987 and Maria passed away in 1995. Today, the second generation, Angelo and Diane Sangiacomo, Buck and Sue Sangiacomo, and Lorraine Sangiacomo provide the knowledge and support for the family vineyards while the third generation Michael and Whitney Sangiacomo, Steve and Connie Sangiacomo, and Mia and Mike Pucci are continuing the farming tradition. Brothers Steve and Michael, and brother-in-law Mike run the business day-to-day, researching and implementing the latest viticultural techniques while developing the types of grapes their customers want for their award-winning, premium wines.The family knows what they want their legacy to be: that the fourth generation and beyond are able to grow outstanding grapes and continue the Sangiacomo’s American Dream. 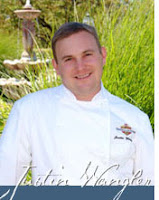